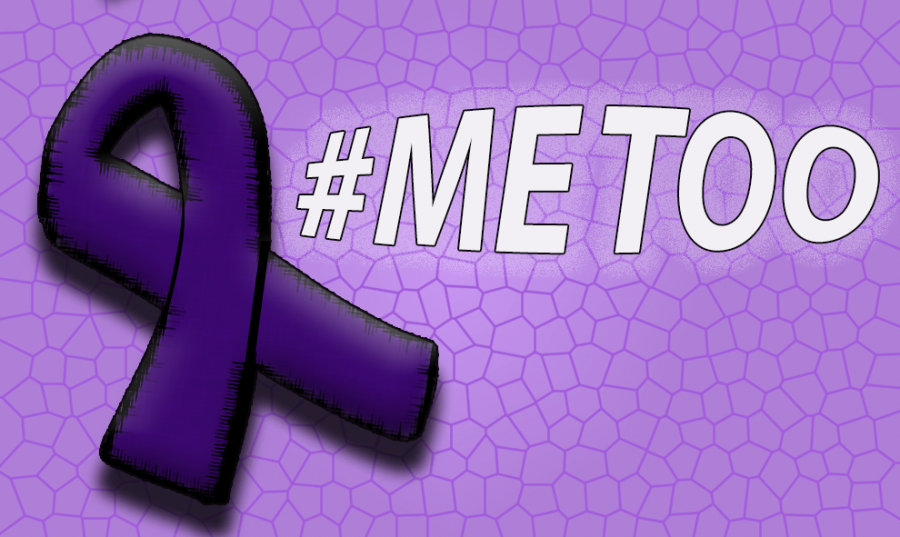 I was sexually assaulted.

Was that awkward for you to read? Did it make you uncomfortable? Almost the same kind of uncomfortable a person would feel if someone approached them in a crowded room, grabbed or touched them without asking? It’s funny, in a non-funny way, how the person doing the grabbing doesn’t feel bad or embarrassed, but the person that received the unwanted advance now feels insecure and immediately feels their heart drop into their stomach.

Have you ever felt this way? #MeToo

If you’ve been on social media lately, you might have seen the hashtag “#MeToo”. This hashtag was started by actress Alyssa Milano on Oct. 15 after sharing a tweet of her friend that suggested if all victims of sexual harassment or assault wrote #MeToo as a status, people could gain a sense of the magnitude of the problem. I don’t think anyone expected just the magnitude of #MeToo. Friends and family of both genders flooded my timeline with the #MeToo, sharing their experiences of times when they had been sexually harassed.

I didn’t feel that it was my time to share. I could’ve shared my own experiences, but I kept quiet. Kind of how so many victims keep quiet about their experiences. Whether they’re not ready to speak out or they’re afraid because of their attacker’s influence. Someone’s influence to keep a person quiet can range anywhere from that person being popular at school, a star athlete or maybe even a big-time film producer. I’m looking at you, Harvey Weinstein.

For those who don’t know, Weinstein played a large role in the #MeToo in the worst way possible. Weinstein was first accused of sexual assault by actresses Ashley Judd and Rose McGowan in early October. Since the first accusations, Weinstein has now been accused by more than three dozen women.

While the Weinstein scandal is centered in Hollywood, the 12 million posts, comments and reactions to #MeToo are from all over the globe. Since the original #MeToo hashtag there has been plenty of commentary on how while this is powerful stuff, it doesn’t change the attackers and doesn’t fix the problem.

In response, Australian journalist and screenwriter Benjamin Law created the hashtag #HowIWillChange as a way to show his commitment to making a change in his own life to help end sexual violence against women.

While more light has been shed on the issue and how people plan on changing it, I fear this will soon be swept into the back closet where all great hashtags go to die. How long until we stop caring? Until the #MeToo’s disappear from our timelines and we somehow mindlessly forget that sexual violence affects one in five women and one in 16 men in college. When the hashtag disappears, will the guilt go away? Will your friend or sister’s memory of the sexual violence disappear?

As I sit here ready to wrap up this column, I want to say we’re heading toward better days, but I can’t. I know we’re not. Since I’ve gotten to Baker, a number of consent presentations I’ve listened to have increased. As I sit in the front row of the presentation raising my green and red cards for each issue on whether consent is given or not, I think about how I’ve never once seen a green or red card raised at a fraternity party or at the Salt Mine.

I get frustrated by how we need to teach things that should be common sense to everyone. You don’t touch someone that doesn’t ask, no one owes you anything if you by them a drink and no one ever deserves to feel guilty for getting something they didn’t ask for.

Are you waiting to see how long this hashtag awareness lasts?