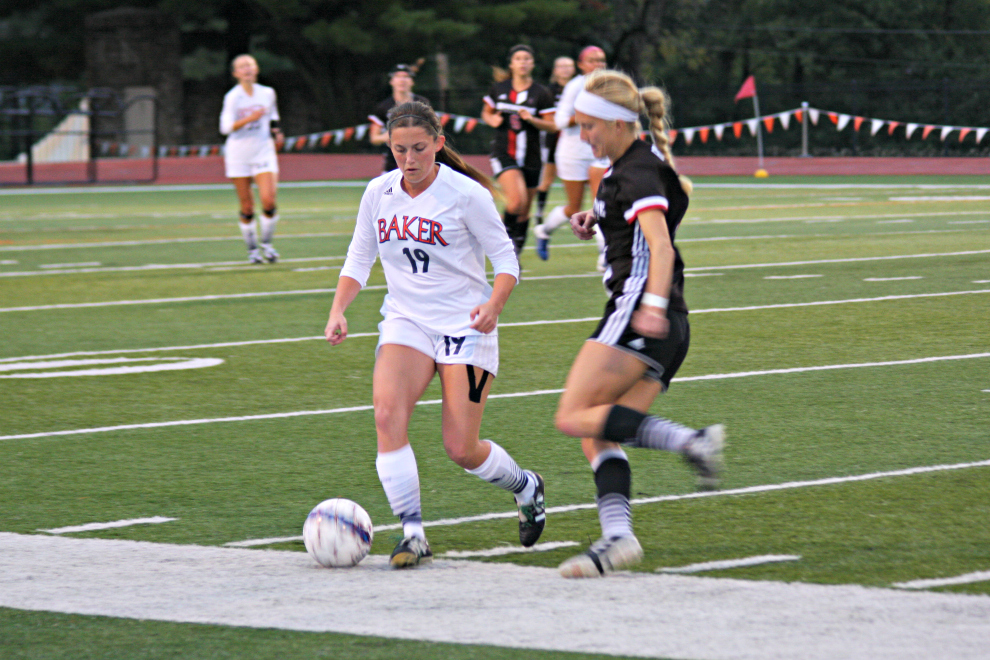 The ‘Cats led the Pioneers in shots with eight in the first half and an additional six in the second.

The lone goal of the game came from MNU’s Savannah Moxley in the 86th minute. Despite the late goal, Baker senior goalkeeper Rachel Hunt had two saves during the match.

MNU goalkeeper Anesa Curic recorded four saves during the game, totaling 75 for the season so far.

The defeat comes less than a week after their 8-1 victory against the Avila Eagles at Liston Stadium.

Before the competition began, four senior Wildcats were honored with friends and family surrounding.

The Wildcats scoring began early in the fifth minute with a goal from senior Megan Johnson assisted by freshman Victoria Aceves-Power and Dieringer. Johnson was quick to score again in the 10th minute assisted by Dieringer and freshman Erica Esch.

Baker’s last goal of the half came from junior Maria Flores Tome assisted by Lattimer in the 13th minute.

Avila’s Allison Snapp scored the team’s only goal of the match in the 57th minute, followed quickly by Dieringer’s goal in the 58th minute assisted by Lattimer.

Baker dominated Avila with 13 shots in the first half and 17 in the second. Avila goalkeeper Shea Myer had 10 saves against the Baker offense but allowed all eight goals.

Baker will now travel to face Missouri Valley in the team’s final regular-season game. The game will begin at 5 p.m. on Saturday in Marshall, Missouri.