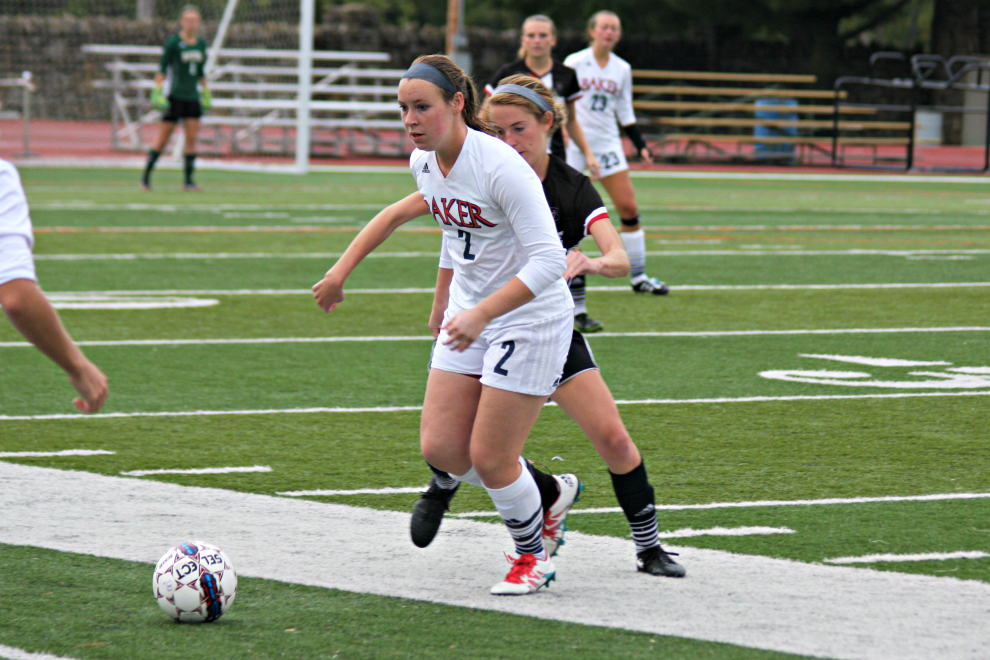 The Baker women’s soccer team is headed to Atchison, Kansas, Saturday after a 2-0 victory Wednesday against Clarke, in the first round of the 2017 Heart of America Athletic Conference Tournament.

Baker controlled the majority of the game with 23 shots total and 16 shots on goal. Clarke totaled eight shots during the game with seven of those being on goal.

Junior Maria Flores Tome was the first to score for the Wildcats in the 28th minute, assisted by junior Allyson Hertig. This was Tome’s fourth goal of the season and Hertig’s first assist. Baker led the remainder of the first half 1-0.

In the second half, Baker extended its lead to 2-0 with a goal from senior Kady Dierigner in the 66th minute, which sealed the victory for the Wildcats.

On the defensive side, senior goalkeeper Rachel Hunt stayed strong in the box for the Wildcats earning seven saves. Clarke goalkeeper Stevie Eide had 14 saves during the match and allowed the two Wildcat goals.

The ‘Cats will now advance to the Quarterfinals against No. 2 Benedictine. Baker will face the Ravens at 7 p.m. on Saturday in Atchison, Kansas. In Baker’s previous meeting with Benedictine earlier this season, the Wildcats took their Heart rival into two overtimes in Baldwin City ending in a 0-0 tie.