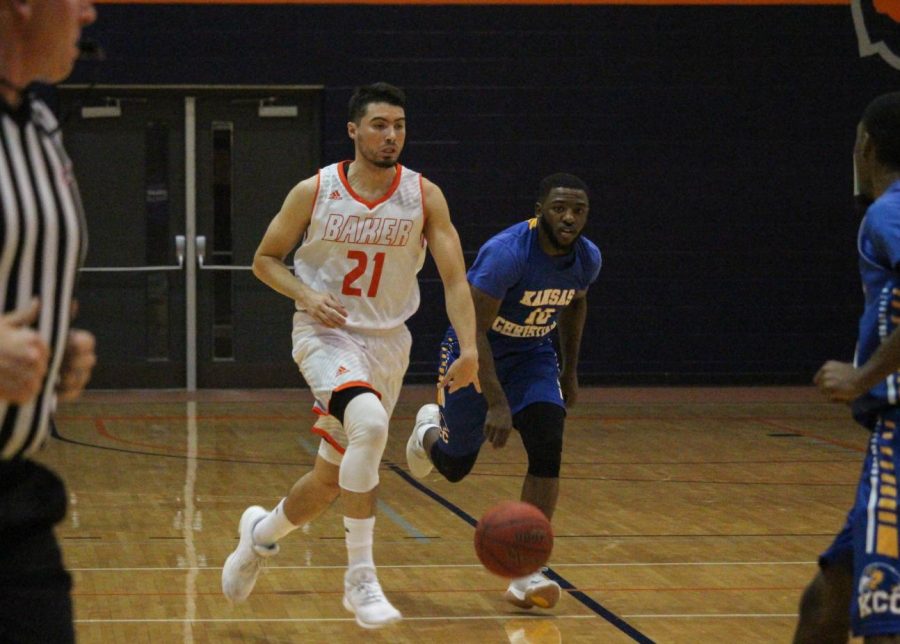 Sophomore Jesus Izquierdo drives the ball down the court against KCC.

The Wildcats earned their third-straight victory over the weekend with an 89-73 win against Haskell Indian Nations University.

Baker was the first on the board, earning a 7-0 lead after the first three minutes of the game. At the half, the team led Haskell 42-33. Haskell had its biggest lead against the Wildcats in the first half, leaving Baker to trail by just two points.

The ‘Cats pulled away in the second half, earning their biggest lead of 19 points with 4:47 left in the game. Baker maintained the lead to defeat Haskell 89-73, picking up the team’s third win.

Senior Nathan Guscott led the team with 10 rebounds, while Martin and senior Tyree Peter had five each.

Baker will now travel for the next three games. The Wildcats will first face Washburn University for an exhibition game at 7 p.m. on Wednesday in Topeka, Kansas.