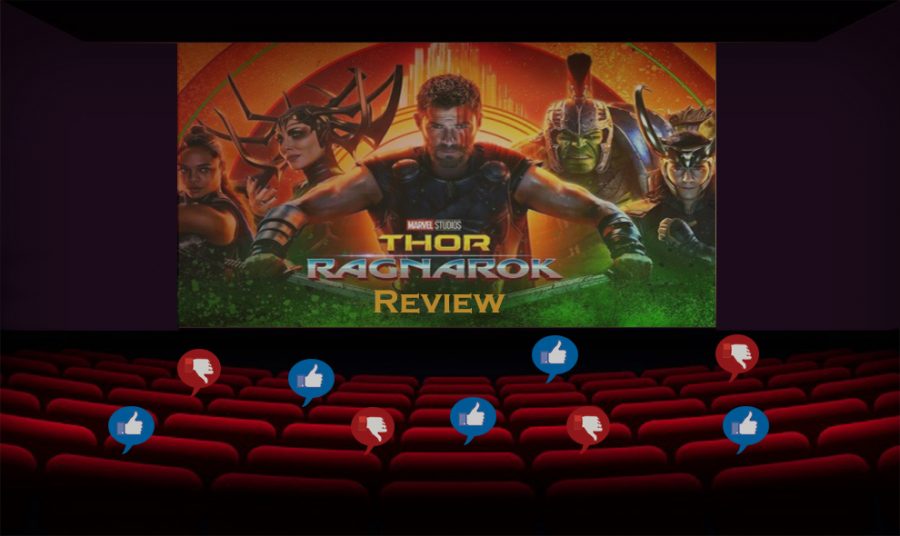 Marvel superhero movies have become a fixture of the movie-going experience and continue to delight and please audiences. From “Iron Man” to “Guardians of the Galaxy,” fans have been introduced to several storylines. However, Marvel’s recent release “Thor: Ragnarok” was an excellent addition to the Thor storyline and more than exceeded fans’ expectations.

The movie follows Thor (Chris Hemsworth) and Loki (Tom Hiddleston) as they race to stop Ragnarok, the Norse apocalypse, from occurring and fight Hela (Cate Blanchett) who wishes to rule Asgard. They also meet up with new characters such as Valkyrie (Tessa Thompson) and the Grandmaster (Jeff Goldblum).

Another addition to the cast is Bruce Banner, better known as the Hulk (Mark Ruffalo), who joins Thor and Loki on their quest to save Asgard. There is also a cameo by Stephen Strange (Benedict Cumberbatch) as he helps Thor and Loki find their father, Odin (Anthony Hopkins).

Though the movie is filled with nonstop action that keeps viewers entertained, the thing the movie does best is comedy.

Marvel movies are notorious for introducing comedic characters, however, their humor has always been one-dimensional. For instance, Tony Stark always relies on his arrogance to garner laughs and nothing else.

However, with “Thor: Ragnarok” each character has dynamic comedy that occurs organically throughout the film. Thor himself is funnier than fans have seen him in previous movies.

This is because of Taika Waititi, the film’s director. Waititi specializes in comedy as demonstrated by “What We Do in the Shadows” and ensured comedic flare would be present throughout the film.

In addition, “Thor: Ragnarok” had multiple characters who made their mark with witty one-liners, unlike the traditional Marvel movie where only one or two characters steal the show.

Overall, the movie displayed balanced writing, perfectly timing the jokes to coincide with scenes of action that not only flowed nicely but really added depth to the film.

Moreover, the writing also advanced character development for several reoccurring characters in the film franchise, however, this is a spoiler-free article and thus they will remain nameless.

Another element “Thor: Ragnarok” exceeded at was the special effects of the movie. All Marvel movies have amazing special effects, but because of the fantasy nature of the “Thor” films, they rely heavily on Computer Generated Images (CGI). However, the movie used CGI in such a way that the places looked real and added a realism to the film.

Despite all the positives the movie has to offer, there were some drawbacks. The fate of one of the characters is left unknown after the movie concludes. Also, some of the characters that were introduced to fans in the first two “Thor” movies were needlessly killed off.

Overall, “Thor: Ragnarok” is one of the best Marvel movies to date. Its fast-paced action and comedy make it a standout in the Marvel movie lineup.