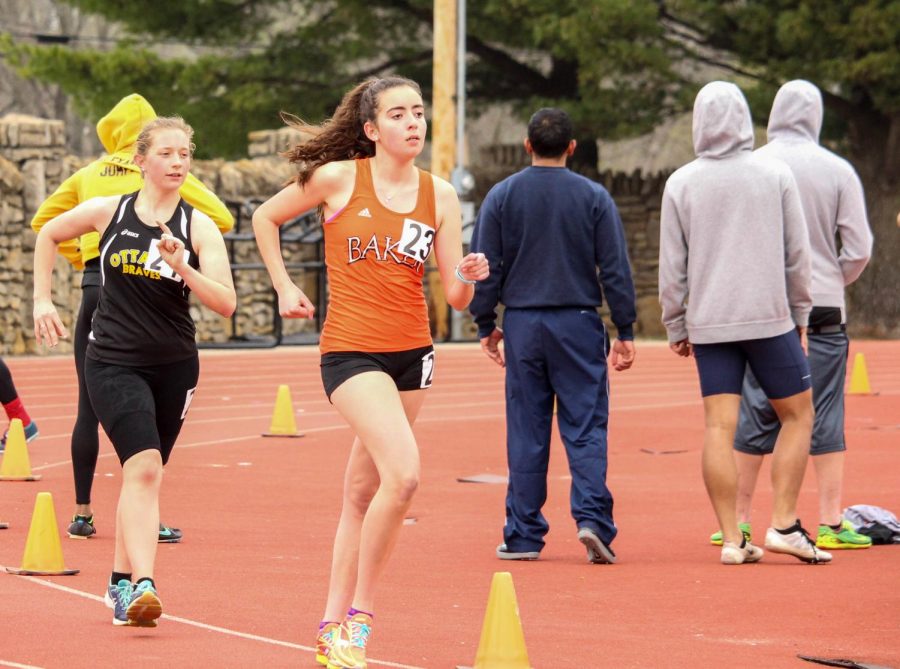 Three upperclassmen recently qualified for the 2018 NAIA Indoor Track and Field National Championship in the 3,000-meter race walk event. This comes after achieving qualifying times at the Snow Bird Open at Illinois College in late January.

Senior Brenda McCollum finished first in the women’s event with a time of 15:36. Senior Caitlin Apollo finished in second place with a time of 16:39, also qualifying her for the national championship.

“Crossing the finish line to see that you’ve achieved a national-qualifying time is always an amazing feeling,” Apollo said. “It makes all the hard work worth it.”

Originally from New York, Apollo has a unique story behind how she became a race walker.

“I started race walking my freshman year of high school,” she said. “New York is one of the few states to offer race walking at high school track meets. It seemed like a fun event to try, and I ended up sticking with it because I ended up loving it.”

This will be both McCollum’s and Apollo’s fourth time qualifying for the national championship in the 3,000 meter race walk event.

“I was happy to qualify for nationals,” McCollum said. “I’m excited to go back to the national championships one last time.”

In the men’s 3,000-meter race walk event, junior Jessica Watson finished with a qualifying time of 14:19.

Watson got into race walking in high school after “seeing the event at a club track meet.” In her first-ever competition, Watson finished in second place, only behind a nationally-ranked race walker.

“Placing at nationals would make me a five-time All-American in the 3k race walk,” Watson said. “I’ve been ranked number two in the nation for several years in the 3k race walk. I’m looking to hopefully take the number one spot this year.”

The three athletes will compete at the 2018 NAIA Indoor Track and Field National Championship competition at Pittsburg State University March 1-3. The race walk event is set to take place on the second day of competition.