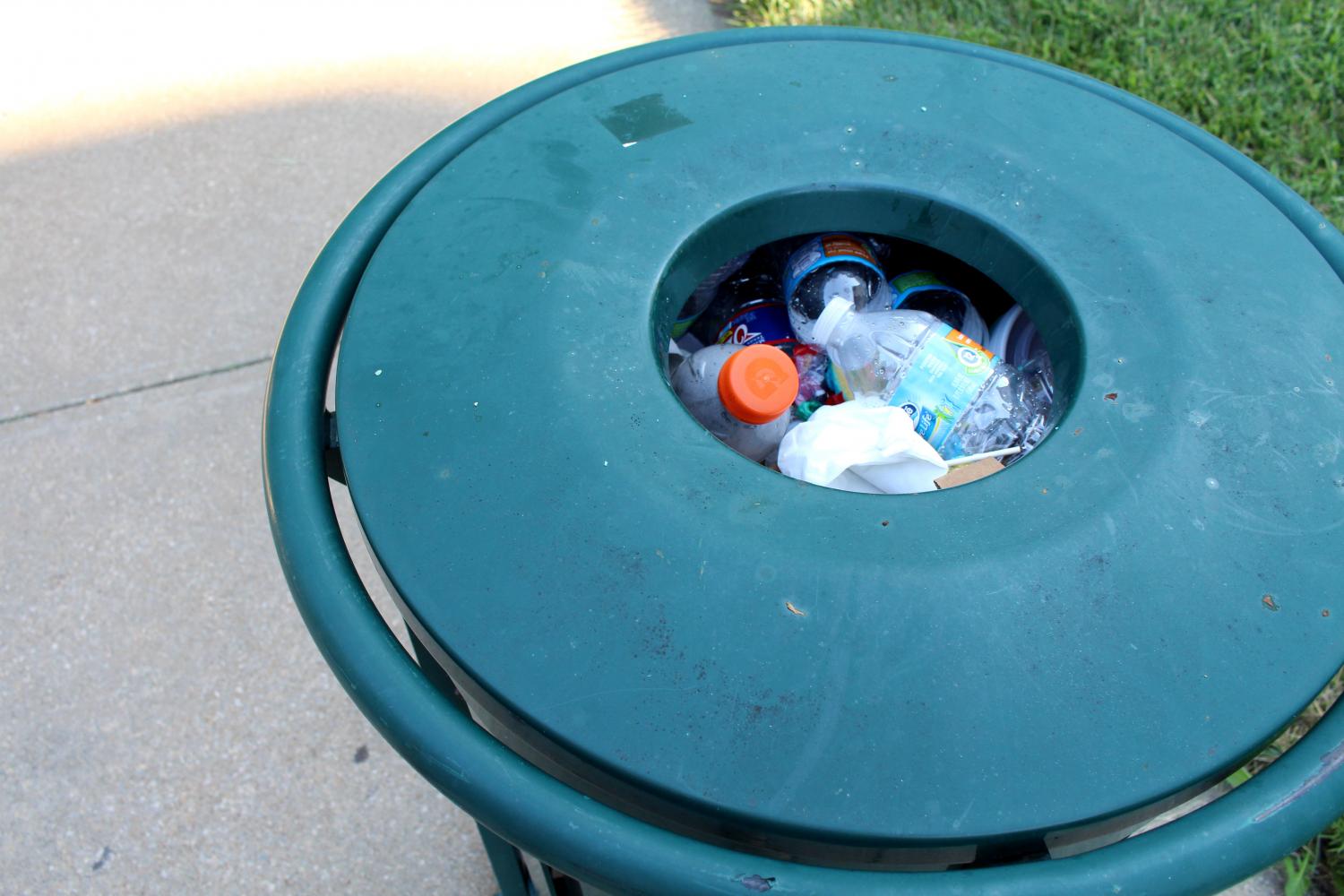 Millions of American's waste food every year. This trash can full of plastic bottles is one example of how people waste food and drink.

Baker University provides recycling bins that are located around campus, allowing students to recycle various materials. Recently, rumors have been circulating that the recycling bins on campus are actually emptied into the trash and not recycled at all.

Kathy Wilson, academic achievement coordinator, said that these rumors may be caused by the similar look of the dumpsters used for trash and the recycling bins located behind the Long Student Center. The company that collects Baker’s recycling, Ottawa Sanitation, is also the same company that disposes of Baker’s trash.

Wilson is in charge of leading the Baker Recycling Program. In an email sent out to all of Baker’s campus in November of 2017, Wilson explained how the recycling program works and what materials are able to be recycled.

“The crews collect items which are generated on campus and include paper, cardboard and cans,” Wilson said.

The crews which Wilson refers to are students who are employed by Baker through the work-study program.

Even though the recycling bins are located all around campus, some students may be unaware of their location.

“I know where most of the bins are, but I think they can do more to promote them,” freshman Natalie Moussa said.

Currently, the dorms and apartments do not have any recycling bins. Sophomore Janeane Hernandez said she feels it is important for students to use the recycling bins and to add more to bins on campus because “every little bit helps.”

To add recycling bins to the dorms and apartments, Wilson said that there would need to be student interest in expanding the recycling program. This can be done through a student-run group that would “have a formal responsibility to check the bins.”

Students can help the success of the recycling program by making sure that all items placed in the recycling bins are rinsed out or clean enough that they will not contaminate the rest of the materials in the bin.

Contaminates, such as beverages and food, can potentially cause the other materials in the bin to become trash, rather than be recycled. Wilson also said that items with too much food or drink left in them also attract bugs and may cause the bin to have an odor.

The Baker Recycling Program has been providing a way for students to recycle on campus for 15 years and recycling bins can be found in most academic buildings.