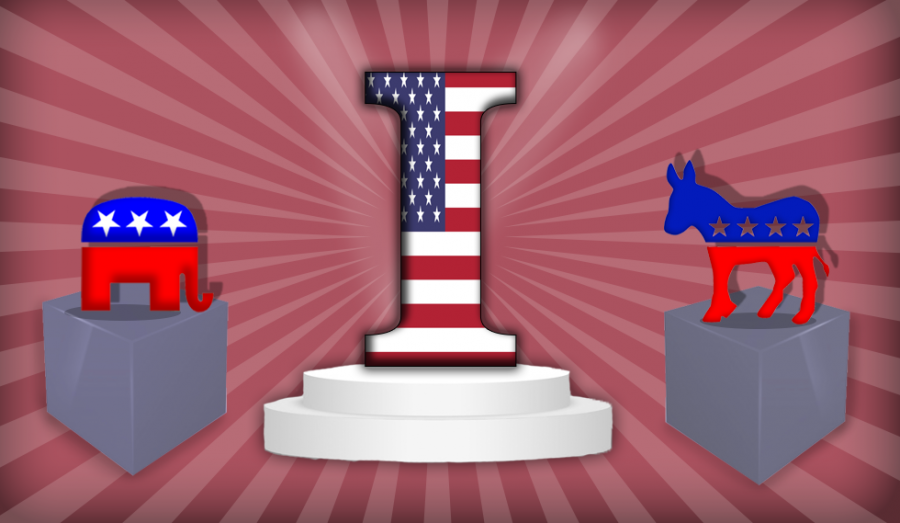 Recently, I set out to tell my fellow classmates the imposing threat Russia poses to our national security. But, while sifting through article after article, I came face to face with what has been a steadily growing problem in United States politics, which is division.

Now, I am aware that there has been political division in this country since the beginning with the advent of the Federalist and Democratic-Republicans, but the 2016 election seems to have burst the seams in our intolerance of the other side.

Part of the problem is the two candidates America was forced to pick from, Hillary Clinton and Donald Trump. No matter where you lie on the political line, one, if not both options were deeply unsatisfying.

In fact, a Gallup poll conducted during the election year found that 57 percent of Americans wanted a third-party option. Granted, there were two up and coming third party candidates from the Green Party and the Libertarian Party, but both campaigned on ideological policies, thus making them unappealing to the majority of Americans.

In the same poll, Gallup found that only 37 percent of Americans saw the two parties as enough representation for the people, however, this gap differs from previous elections years where Americans were found to be evenly split in the need for a third party.

The reason division is a problem worth talking about is the clear fact that a majority of Americans are unhappy, at the very least, over the two parties supposed to be representing them. These party affiliates are supposed to look out for their constituents, not play political games that further their own agendas and careers. I recognize this is a rather cynical view of American politics, but current news has led me to my current beliefs.

Moreover, I know some people will argue the whole point of division is to have competing ideologies representing different sects of American society, but if those Americans reject the parties where does that leave us? The 2016 election was a verifiable canary in a coal mine situation, and if we don’t at least attempt to fix the situation, then it will only repeat itself in the years to come.

One possible solution would be the candidacy of a thoroughly independent politician. I’m not really sure if any exists at the moment, but there are some very promising signs an independent may gain the favor of the people.

For starters, 54 percent of Americans prefer their leaders to solve problems through compromise instead of sticking to their beliefs. Given that many politicians do the later of the two options, it would be quite easy for an independent candidate to genuinely campaign on compromises, given their lack of affiliation with either party.

Furthermore, according to the Pew Research Center, the number of people who classify themselves as independents outnumber either the Democrats or Republicans. Although the study found many have a partisan lean to their beliefs, a number of Americans are not finding their values represented by the two parties.

An independent candidate could align themselves with the independents of America, and the moderates who are tired of the partisan bickering. An independent may actually have a chance to bridge the gap and help facilitate real change with real solutions to the systemic problems plaguing America.

Even though an independent candidate is a long shot for the 2020 election, it is still important to recognize that the two parties do not speak for all Americans.