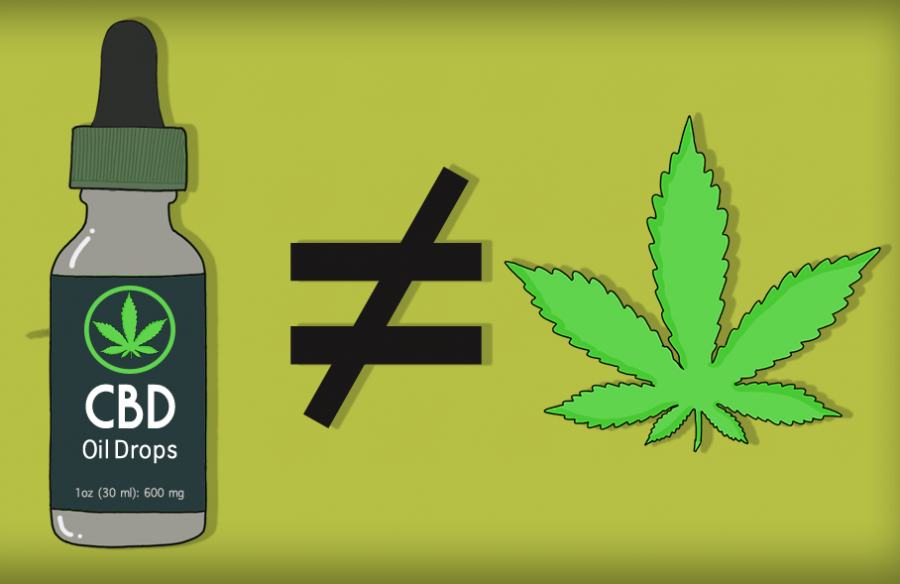 A few months ago, I was referred to a psychiatrist in the Lawrence area for my anxiety and depression, as my previous antidepressants were only managing, rather than improving my mental state. This was and will remain the most memorable appointment I have ever had, and I left wondering if what this woman—who went to medical school—was saying could be legal in the eyes of Kansas law.

As I confided in her my current psychological state, as well as my desire to switch my antidepressant prescription, she asked if I had ever considered Cannabidiol, or CBD oil. I vividly remember her telling me the address of the CBD shop on Massachusetts Street and explaining its legality.

Both my roommate and I found ourselves in this clean, welcoming shop a week later, sampling CBD gummy bears and chatting with the owner.

Now, just four months later, if my doctor suggested I go to this business, she would be committing a crime in the eyes of the state, one which may not be taken lightly by conservative lawmakers.

My roommate and I struggled with anxiety and are both easily stressed, Type A personalities, so we thought why not try it? Cannabidiol hemp oil contains only trace amounts of THC, the psychoactive component in marijuana. When taken, one feels none of the stimulant effects of marijuana, receiving only the healing benefits of the plant without the high.

I found the oil had incredible effects on my sleep, and every night I took it before bed, I not only no longer struggled to fall asleep, but woke up refreshed and well-rested. Did I ever find myself head first into a carton of ice cream or laughing uncontrollably? Not once. So, imagine my surprise when I hear the news that Kansas state legislators decided to outlaw all CBD products. This non-hallucinate, herbal oil is being treated the same as marijuana, and thereby has been pulled from shelves across Kansas.

Kansas Attorney General Derek Schmidt released a statement on Jan. 31 regarding the illegality of CBD oil. He stated that any product with cannabinoids, regardless of the absence of THC, should be considered illegal to possess or sell. However, this not only leaves Kansas citizens without the ability to obtain the natural, non-prescribed, non-psychoactive “marijuana derivative,” but the owners of these shops are also left jobless. Unfortunately, they either have the option to wait out legislation and official documentation or move their shop to a state that considers the oil legal.

Local CBD shop owner Jason Todack told KSNT news that he, along with many others, temporarily closed his doors in fear of what could happen if he stayed open after Schmidt’s statement. Yet, Todack isn’t just worried about his own situation, but also those who rely on the substance to function.

“It hurts. It hurts that I know there are people out there that are going to be suffering now,” Todack told KSNT.

Unfortunately, there is this misconception, people make an assumption of the inter-relatedness between CBD and marijuana, without doing the correct research to form their own opinion. The more people who take it upon themselves to become knowledgeable about CBD, the more people will realize it’s incredible potential to replace prescription medication and improve overall physiological and physical well-being.