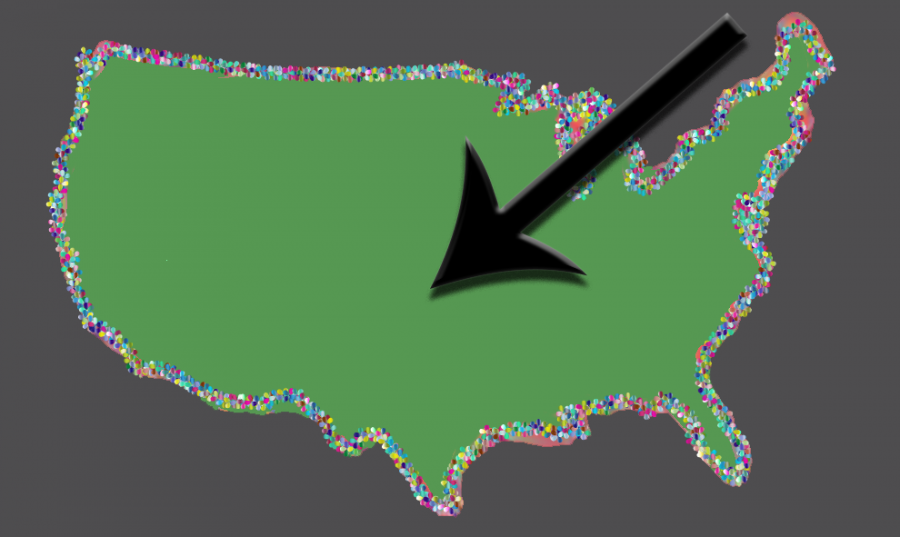 With the flu running rampant, it has become obvious that Kansas and Missouri have been hit especially hard. In fact, it is believed that the Kansas City and St. Louis areas are this year’s flu epicenter. This conclusion was made through data found on an app rather than through a professional health organization or government-approved source.

The Kinsa app uses a “smart thermometer” to connect to users’ smartphones. Users input the flu-related symptoms they are experiencing and Kinsa puts those results onto its map. Through Kinsa’s results, the Kansas City and St. Louis areas would be considered this year’s flu epicenter.

In comparison to the United States’ current population is over 300 million people, Kinsa only has about one million users. Obviously, these results are not recognizing a great enough number of people to deem any part of the United States as an epicenter.

The map that Kinsa creates is color-coded to represent the amount of flu-related cases in each state. The darker the color, the higher number of cases reported. As the month of January progressed, the Kinsa map’s colors changed often. At one point, the West Coast had the darkest coloring. Now, it is the Midwest.

It is true that Kansas and Missouri have had a record amount of people impacted by the flu. But so have 24 other states in the country. To positively say that the Midwest is where the flu epidemic began is not a statement that should be based off of an app with only one million users. The Kinsa app also has no way to determine whether or not its users actually have the flu. The input symptoms aren’t a flu test and they should not act as a substitute.

It is still unclear where the true flu epicenter for this year is, but it is safe to say that the flu has made a big impact nationwide and everyone should take the necessary precautions to keep themselves healthy. Kinsa may not be a reliable source, but the amount of flu cases this year speaks for itself.