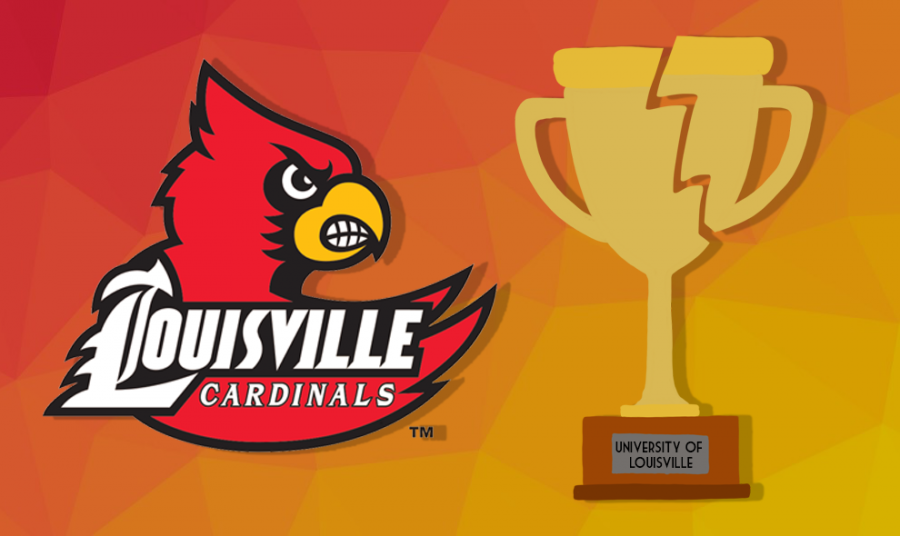 The National Collegiate Athletic Association (NCAA) has ordered the University of Louisville to forfeit several men’s basketball victories, including the 2013 National Title and Final Four wins during the 2012 and 2013 seasons, for a grand total of 123 wins revoked. In addition, $600,000 in tournament payouts must also be paid back to the NCAA.

This is the first time in NCAA Division I men’s basketball history that a title has been stripped from a team involved in the tournament. The championship game was won 82-76 against Michigan.

The title for the 2013 NCAA men’s basketball championship will not have any team listed as the victor, although many Louisville fans and players still consider it to be their own. This belief comes from the idea that, although illegal activities took place within the program, that does not reflect upon the talent and actions of the players during the game.

These consequences are due to the allegations that Andre McGee, a men’s basketball staff member, and former player, utilized an escort service to provide entertainment for recruits and current players in the dorms on campus.

Pitino was let go in Fall of 2017 for a recruiting scandal and had knowledge about Adidas giving out $100,000 payments to the family of Brian Bowen, a five-star recruit, as long as he agreed to commit to Louisville.

This was an important marketing move for Adidas because the company sponsors Louisville’s clothing and footwear. By having a five-star recruit wear their brand, Adidas may receive more purchases by consumers in return.

However, Pitino maintains that he was not involved and had no knowledge of any improper action toward a recruit during his time as a coach.

Since Louisville claimed it had just cause for the firing of Pitino, they were not required to finish paying the rest of Pitino’s contract, which amounted to $36 million.

David Padgett is the acting head coach until the Louisville program can find a permanent replacement.