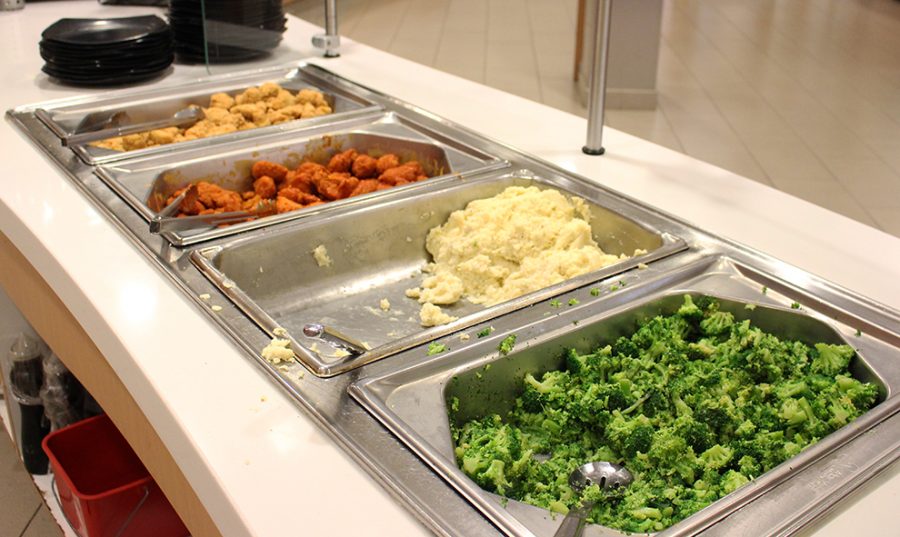 Sodexo's app "Bite" shows you what is on the menu for the whole week. It also shows you the nutritional facts of the daily items.

The mixed opinions over the quality of Sodexo’s products have become even more controversial with the fact that prisons receive similar meals. Yes, there is supposed to be different levels of food quality that vary in cost, but the idea is the same: prison inmates receive the same food as college students.

Senior Thomas York is aware of Sodexo’s prison relations but still feels unsure about prisoners and students being served the same things.

“I would hope the food that is being delivered and fed to students at universities is better controlled in terms of quality—although, first hand, it is definitely not the best tasting here at Baker,” York said. “It is a little disturbing to think about the possibility that the food being served here is similar in quality to that of prisons.”

Sodexo’s website obscures its relations with correctional facilities, and instead categorizes them as “government services.” This obscurity also hinders viewers from seeing the supposed levels of food quality. Any specific inquiries about Sodexo are directed toward the company’s email.

Dining Hall Administrative Assistant Samantha Yurchak explained Sodexo’s prison connections differently. All of the prisons that Sodexo supports are in Europe, none of the staff is allowed to carry firearms and the countries in which Sodexo is connected are not supporters of the death penalty.

“Sodexo’s whole thing is trying to improve conditions and get people back out into the world as better citizens. They try to increase the quality of life,” Yurchak said.

“I always wondered what prison food tasted like. Thanks to college, now I know,” Baker said.

As much as the idea of students sharing a meal plan with prisoners seems troubling, the reality is that Sodexo controls many facets of the food industry and has become successful at it. This hidden area of business is just another opportunity that Sodexo capitalizes on—as quietly as possible.

“I think it is a little disturbing to hear, but it also explains the quality of the food that is served in the cafeteria,” Smith said.

Baker’s dining hall is modern and broken up into stations that offer multiple choices and even customization. But, whatever the appearance, the food is still brought to campus by Sodexo and that same food is taken into European prisons.