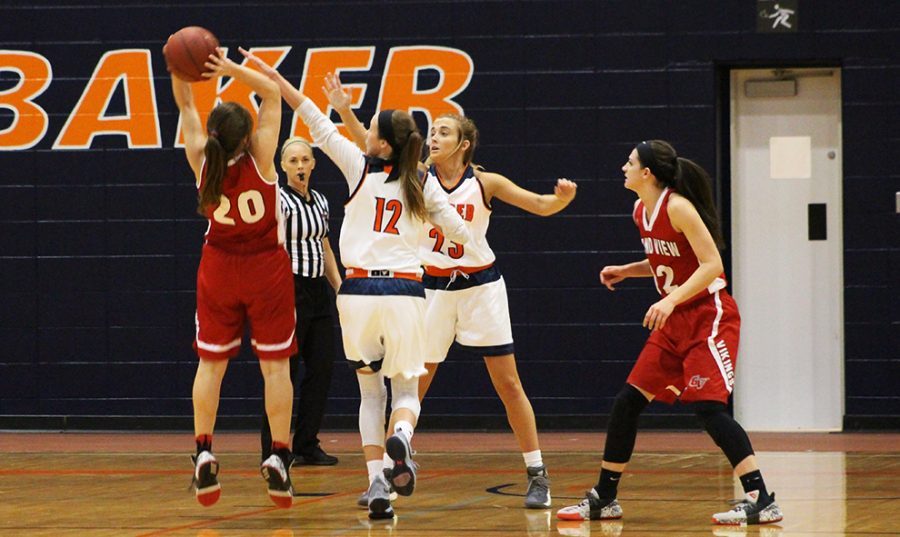 The Baker University women’s basketball team ended its 2017-18 season in the quarterfinals of the Heart of America Athletic Conference Tournament. The No. 6 seeded Wildcats fell to No. 3 seeded MidAmerica Nazarene 66-53. The ‘Cats then had to wait to see if they were selected for the NAIA Women’s Basketball National Championship. For the first time in five years, Baker was not selected to play in the national tournament.

The Wildcats ended the season with a 22-10 overall record.

MNU went on to the quarterfinals of the national tournament, where the Pioneers were taken down by Westmont.

In their last game of the season, the ‘Cats battled the Pioneers with another strong second half performance, but it just was not enough. Offensive leaders for Baker included junior Caitlin Modesett with 13 points, senior Sydnie Hanson with 12 points and sophomore Jodi Atkins and junior Anna Hignight each added 10 points. The MNU defense was strong, holding Baker to the lowest points scored all season.