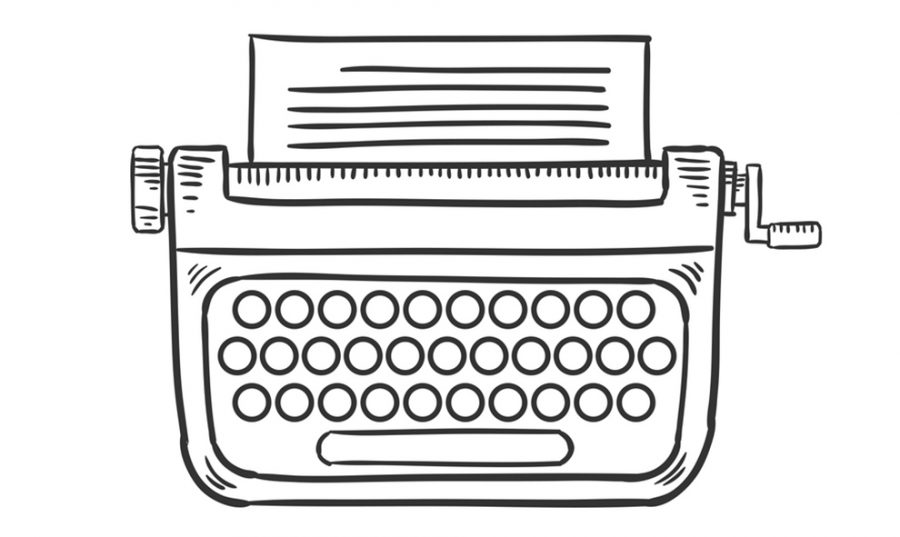 On April 18 the 2018 edition of the Watershed, Baker’s literary magazine made its debut during the lunch reception of Dialogos. The magazine is produced, designed and edited entirely by Baker students and features original writings from people of all grade levels.

The Watershed has been a staple of the creative writing department for years and offers students the chance to gets hands on with both the editing and selection process.

Olivia Hornbeck, senior, has held the title of editor for the past two years and oversaw the entire production of the magazine.

“The editing process for the magazine is one that requires attentiveness. Not only is it important to pay attention to any grammar, punctuation or errors of that nature that may arise, but it is vital to the flow of the magazine to integrate each piece in a way that creates a unified project,” said Hornbeck.

Assistant Professor of English Marti Mihalyi, is the staff advisor for the magazine and assisted Hornbeck in the editing process and provided feedback.

“My role is extremely time-consuming but meaningful, because my work with the editor teaches that person about editing and publishing and, importantly, helps determines both the quality and the scope of the magazine,” said Mihalyi.

A group of students form the selection committee and decide which pieces will make the magazine and which ones get cut from the final project.

“The selection process involves a rating system, and each piece is carefully read and scored by the members. Scores are calculated, and all pieces are then reviewed to ensure the best work makes it into the magazine,” said Hornbeck.

The selection committee is also kept anonymous up until the debut of the magazine to ensure integrity in the process.

Ryan Merchant, senior, was apart of this year’s selection committee and had pieces published in the magazine. Merchant was pleased with the way this year’s edition came together.

One of those young students was Freshman Carly Hassenstab who, in addition to being published, was also chosen to be on the selection committee, as she was recommended.

“I was shocked to get in. I didn’t expect it but was super proud of myself,” said Hassenstab.

Hassenstab also had advice for students who have never submitted to the magazine but would like to for next year.

“Take a creative writing class and be committed to a couple pieces you are trying to get published,” said Hassenstab.

Each copy of the Watershed is $6 and is available for purchase every spring.

This article was revised on June 22.