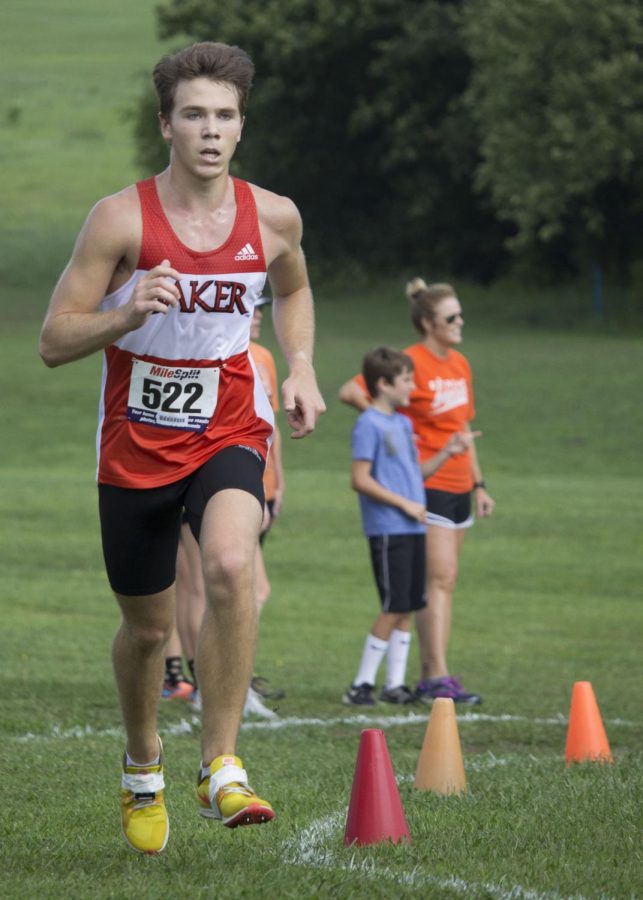 Jacob Cofer paces himself during the Maple Leaf Invitational to finish with a time of 17:01.18 in the 5-kilometer run. Cofer finished as the top Wildcat and sixth place overall.

This cross country season has been much anticipated as the men’s team now features 21 runners. Nine freshmen contribute to that new number, with six of the nine coming from area high schools. Freshman Jacob Cofer, from St. Thomas Aquinas High School, is proving to be a strong asset to the team. At his signing Head Cross Country Coach Tim Byers said he hopes, “Jacob will follow in the footsteps of fellow St. Thomas Aquinas alum, Andrew Dare and Joe Linder, who were both outstanding runners for BU.”

Cofer’s personal record in the 5-kilometer race was 15:59 coming into college and he is a four time team state champion in cross country. He is also accomplished in track and field as a All- State finisher in the 4x800m. Cofer ran a 17:01.2 Sept. 1 at the Maple Leaf Invite and placed sixth overall. After the meet he shared a few thoughts with the Orange in a question and answer session.

Q: First meet of the season, how did you feel coming into the meet?

A: We had a really good preseason, did a lot of hard workouts. I definitely think we’re a little tired coming into the race but we are definitely not trying to peak for this race, so it was alright. It felt like we’ve put in a lot of work so far though.

Q: How do you feel post-race?

A: I feel like we all fought really hard we didn’t do quite as well as I had hopped as a team or individually but we’ll get there. I think that it’s a good step though, we’re definitely not out of reach of our goals.

Q: What are you looking forward to most this season?

A: I’m looking forward to just getting to work with the team and go towards our goal of hopefully getting a team to nationals.