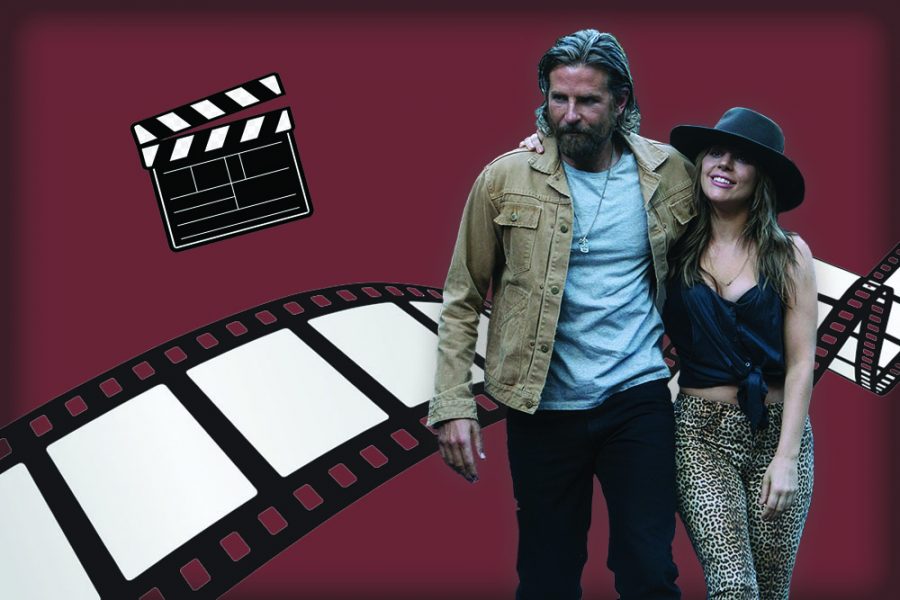 Story by Will Hanson, Contributing Writer

“A Star is Born,” the fourth remake of a classic story is one all fans should see because of its moving soundtrack and amazing acting.

In 2016, news broke that another “A Star is Born” remake was beginning production with Bradley Cooper set to direct, write, and star alongside pop singer Lady Gaga.

The announcement was met with critical reception from those in protest of a fourth remake of the story. This decision was considered unoriginal by fans of the original three films and criticized by casting Gaga as the co-lead.

The film follows an aspiring singer in her early 30s who is led to fame by a seasoned musician whose career is in a downward spiral due to age and alcoholism.

Having hit theaters this past month, “A Star is Born” made a large impact on audiences and proved that an old story can feel new with a brilliant cast and crew. The film has garnered much Oscar buzz for a possible best picture, best actress, best actor and best director nominations.

As of Oct. 28, the film has grossed over $151.8 million domestically and $201 million internationally.

The soundtrack alone should be considered a masterpiece. Having held the top spot on the Billboard 200 album chart for the past three weeks, it stands as Gaga’s longest leading No. 1 album. The soundtrack was written by Gaga, Cooper, Lukas Nelson and Mark Ronson, among others. The song “Shallow,” a duet performed by Gaga and Cooper, is the strongest song of the soundtrack as it perfectly encapsulates emotion and themes of the film.

Gaga was considered a poor fit, but this is unwarranted given her past acting performances. She was awarded a Golden Globe for her role as “The Countess” in the fifth season of “American Horror Story.” Gaga has now earned her place among Janet Garner, Judy Garland, and Barbra Streisand for her role as Ally in “A Star is Born.”

Cooper shines in his grounded performance as Jack, but his greatest achievements are behind the camera. As his directorial debut, the cinematography of portraying the love story of Jack and Ally is incredible. It is obvious while watching the film that Cooper put his heart and soul into making this film.

Along with its great qualities, the film is problematic at times. A large aspect of the story involved a woman relying on a man in her journey to become successful. The story could be considered as a poor portrayal of gender equality. Cooper’s character is more integral to the overall story than Gaga’s, whose character development loses steam in the third act.

Pop singer Halsey appears in the film in a cameo role as herself. Although it was interesting to see her on screen, her appearance feels forced and took away from the natural flow of the film.

“A Star is Born” is a breathtaking, gorgeous and heartbreaking story that will leave you in tears. The outstanding acting and directing bring true emotion to the film. Gaga’s performance has solidified her as a true actress, which will lead to many well-deserved roles in the future. Although the film is muddled in its portrayal of women, “A Star is Born” is a moving two hours and 14 minutes that will leave you speechless.