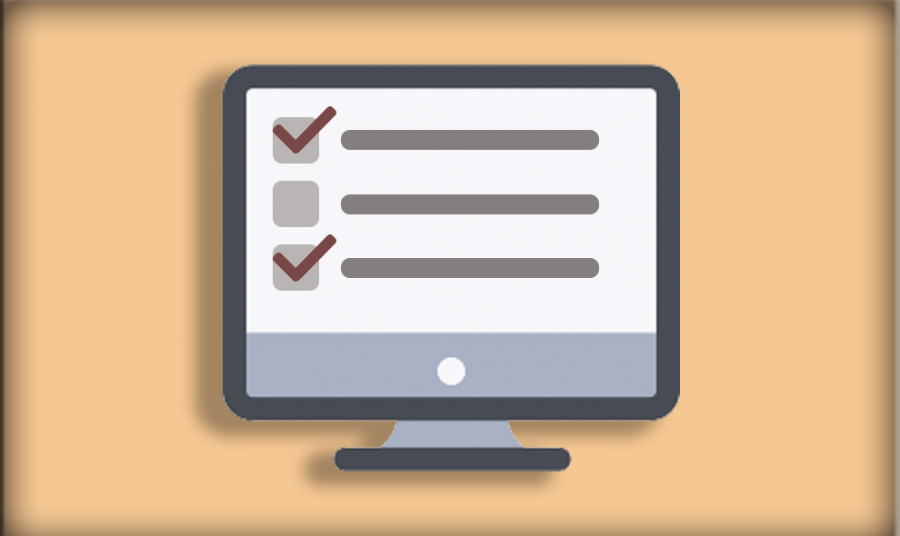 Baker saw a change in the format of professor evaluations during the Fall 2018 semester. Previously, students had been required to fill out a paper evaluation form during class time for each course. Now, the University has switched to an online evaluation form completed by students at any time during the set date range.

Dean of the College of Arts and Sciences Darcy Russell explained that the switch was something presented to the school and discussed by the faculty.

“The company we use moved to an online format, so this was our only option if we wished to stay with them,” Russell said. “The faculty opted to remain with them.”

Because the forms were able to be completed by the students on their own time as well as at a later start date than usual, less input was received than in past semesters. Russell said that because of this, she is not certain if the online format and the data collected was more beneficial and accurate in reporting students’ impressions on their learning.

“We got a late start in the fall, so the response rate was lower, but still 50 percent of the students responded,” Russell said.

Professor of Philosophy Donald Hatcher said he was worried about the potential for skewed results due to a smaller sample size and the freedom to complete the form wherever the student desires.

“One of the strengths of the paper format was all students in a class have to fill them out.  The online format allows students to ignore the evaluation,” Hatcher said. “I can imagine groups of students doing the online evaluation in a social setting, which could be misleading.”

Hatcher is also concerned with the fact that students grades may influence the evaluation scores and comments left for professors. He believes this could be avoided by focusing on course objectives within evaluations.

Russell and Hatcher both agree that the online evaluation format brings new advantages to the table when it comes to collecting data regarding professor performance due to the increased likelihood for comments.

“I do like that students felt more free to add comments as no handwriting makes them more anonymous,” Russell said.

Sophomore Blaire Pirie said she preferred the paper version to the online version because of the level of thoroughness the forms provided.

“Professors were rated on more objectives,” Pirie said. “I feel like the paper format included more questions about the professor’s attitude toward the class and their helpfulness, rather than the resources that they simply offered.”

Administration is still deciding whether paperless evaluations have a place at Baker.