United Methodist Church holds vote: LGBTQ+ not able to be ordained or married 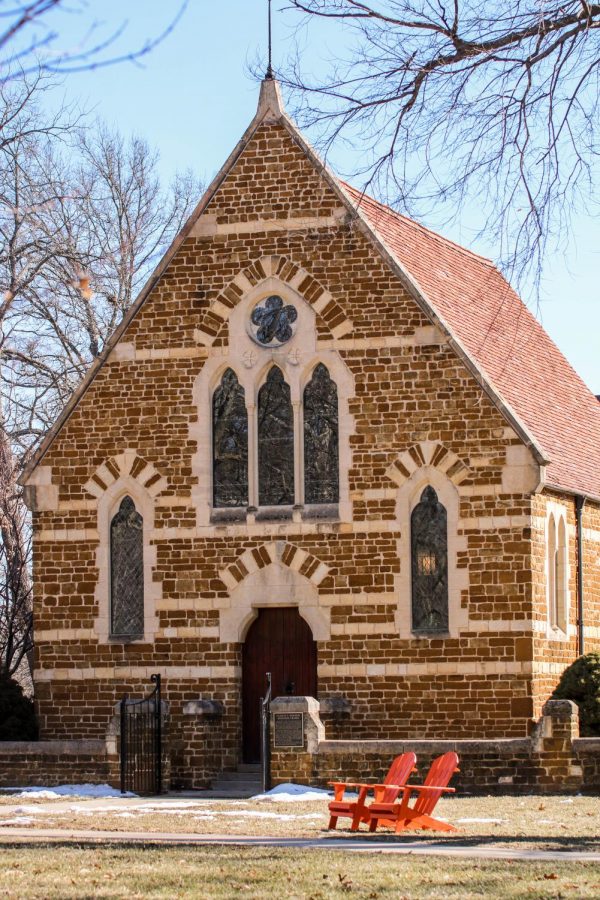 The University Chapel holds services every Thursday at 11 a.m.

The United Methodist Church (UMC) gathered on Feb. 26 to discuss the denomination’s stance on LGBTQ+ clergy and same-sex marriage. The delegates at the General Conference voted 438-384 to reinforce the stance against ordaining gay clergy and performing same-sex marriages. Though both sides are not necessarily celebrating the outcome to stick with The Traditional Plan, it has caused a mix of emotions from UMC members like myself and others.

On March 1, President Lynne Murray along with Reverend Kevin Hopkins, Reverend Doctor Ira DeSpain and other board personnel sent out a campus-wide email addressing the issue and how it affects Baker since the University is UMC-affiliated. In all caps, the email states that the UMC’s decision does not affect Baker.

The email goes on to explain that though we as a University are historically affiliated with the church, “we operate independently of its governing bodies, and our policies and procedures are not affected by the decisions of the General Conference.” Murray will be in contact with other United Methodist-related Universities to discuss a joint response in the future.

Baker has always been good at promoting inclusivity and just because the UMC faces a potential split, I do not believe it will affect Baker in any way. Baker will continue to support its LGBTQ+ community regardless of the UMC’s overall decision.

It is conflicting to hear the UMC is sticking to their ways of not ordaining or marrying members of the LGBTQ+ community. Though I do not believe the side resisting LGBTQ+ clergy and marriage are necessarily correct in their reasoning, I can understand their stance is solely based on the tradition and history of UMC theology.

They make the point of still being inclusive to these members who identify as LGBTQ+; however, they still cannot be married in the church nor become a member of the clergy. I do not see how that is very open and accepting to all. Putting myself in the shoes of someone who is a part of the LGBTQ+ community, it appears to be a limitation to their UMC membership. If you are going to promote inclusivity then it is not appropriate to limit that amount of inclusion offered to members of the LGBTQ+ community.

I understand that the UMC is still open to having members of the LGBTQ+ community be a part of their congregations. Still, that does not feel very welcoming considering they are not receiving the same treatment as other congregation members. Being a member of any church, regardless of the denomination, means you are part of a community that welcomes you, accepts you and treats you the same as every other member. The UMC’s decision to not allow members of the LGBTQ+ community to be married in the church or become ordained in the Methodist church does not align with the inclusivity to all that the UMC hopes to portray.