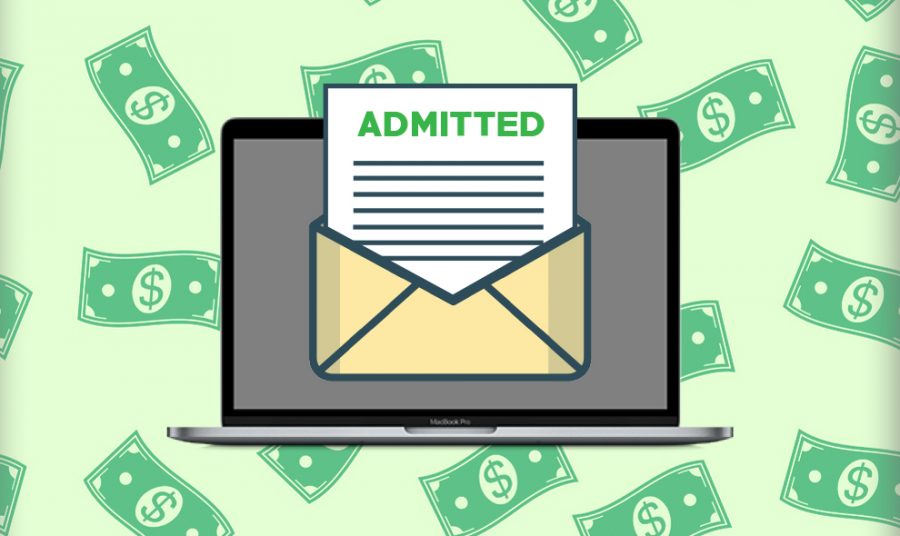 Being wealthy, famous and having connections can score people opportunities that others may have to work incredibly hard on their own to attain.

Around 50 people, including parents, coaches and school officials, are accused of cheating and offering or accepting bribes. The ringmaster of these scandals was William Rick Singer, the CEO of a college admissions prep company called The Key.  According to CNN, he admitted that all accusations against him were true, and he pled guilty to four charges.

Singer offered two types of fraud to help wealthy families get their children into elite schools. He provided tools to cheat on the ACT or SAT, and he used his connections with Division 1 athletic coaches to secure students fake athletic scholarships, even if the students had not played that sport before.

The face of this scandal are well-known actresses Lori Loughlin and Felicity Huffman. Loughlin is most known for her role as Aunt Becky on the TV series “Full House” and Netflix spin-off “Fuller House.”

She and her husband, fashion designer Mossimo Giannulli, allegedly paid $500,000 in total to have their two daughters posed as recruits to the USC crew team.

Both daughters, Bella Giannulli and Olivia Giannulli, were unjustly admitted into USC. Bella decided it was in her best interest to remove herself from the University. Olivia, who goes by Olivia Jade on social media, has a YouTube account dedicated to fashion, beauty and lifestyle blogging followed by a million subscribers. Multiple labels, like Sephora, have disconnected ties and sponsorships with the 19-year-old upon hearing about the scandal. She has yet to drop out of USC amidst the chaos.

These families have received backlash through media. Even students who were rejected from universities made statements on social media about their disappointment with the scandal.

One YouTuber named Emma Monden posted a video explaining her frustration being a USC reject and knowing that the Giannulli sisters were unfairly admitted. Though some students may not have known the extent of what their parents did at the time, all students involved should be removed from their respective schools promptly.

College is incredibly expensive in the United States, and many students cannot afford to attend their dream schools. Therefore, they have to work tirelessly to have exceptional grades and be involved in multiple extracurriculars in high school just to get a chance of receiving enough scholarship money to attend. Then the feeling of being rejected while students with rich and famous parents are able to breeze by is unsettling.

According to NBC2, Erica Olsen and Kalea Woods, who are now students at Stanford, are suing the colleges involved because they feel they were denied a fair opportunity at admission to USC and Yale. Undeserving students were given spots over ones who worked hard for theirs.

I understand wanting the absolute best opportunities and experiences for your kids, but buying their success is no way to teach them how to work for what they want.

What the accused people did is completely unethical and unlawful, and the repercussions for their actions should be so that they are not able to also buy their way out of the consequences.