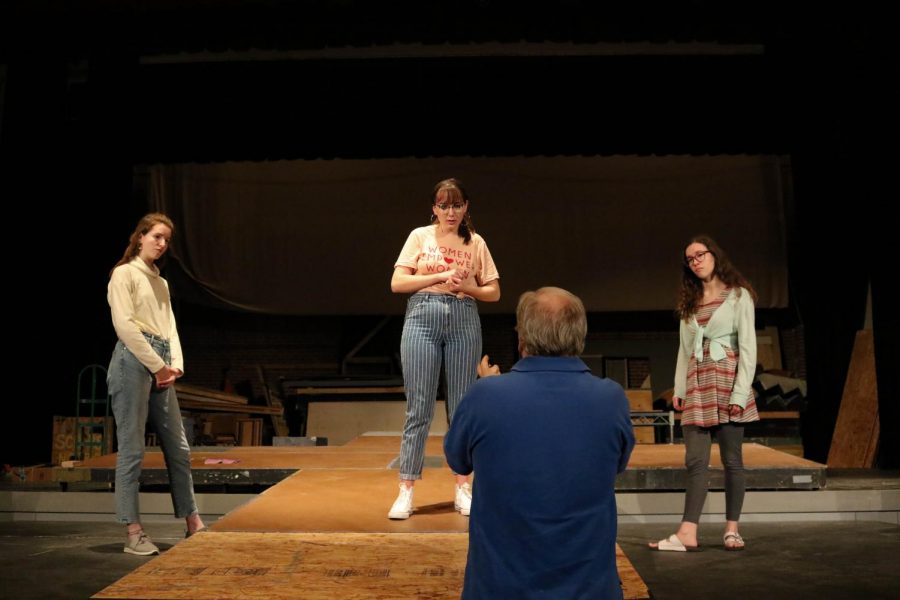 “Agnes of God” is a play written by John Pielmeier and is notable for including a cast of only three female characters.

It follows the story of a psychologist appointed to decide the insanity of a young nun accused of causing the death of a newborn baby. The psychologist must then question both the nun and her mother superior to find the truth of what occurred that night.

The play was adapted in 1985 into a feature-length film and starred Jane Fonda, Anne Bancroft and Meg Tilly. The movie was nominated for three Academy Awards.

Associate Professor of Theatre Tom Heiman chose “Agnes of God” because of its original script and detail-heavy story.

“It’s one of the most intelligently written scripts I’ve ever seen. The author plants seeds throughout the play that foreshadows the ending,” Heiman said. “I also saw that it was such a strong group of female actors coming into the department.”

“Agnes of God” also serves as the theatre project for senior Alyssa Glover. Heiman said he wanted to “stretch Alyssa for her senior project, and each of the three roles would’ve served that purpose.”

Glover thinks that her role as Miriam, the Mother Superior, has been a difficult but rewarding challenge for her senior project.

“This role is the polar opposite of myself,” Glover said. “Playing this role has taught me so much about confidence since my character is very confident and I’m not.”

The play has many underlying themes, including the questioning of one’s faith and the effects of child abuse on victims and those around them.

Patti Heiman, former Adjunct Assistant Professor of Theatre, had wanted to put on “Agnes of God” for a while but had not found the right time to do so. Patti believes that the student body should see the play due to it including an important issue not often discussed on such an intense level.

“Not a day goes by that we don’t see news about child abuse. It can have an effect on everyone, and it’s a super important issue today,” Patti said.

The events of the play affect all three of the female characters in different ways. The story is solely portrayed by the actions and words spoken by the characters on a sparse set. The actresses are specifically directed in their movements on the stage, as it is crucial in telling the story in a specific way.

Setting up the struggle of power between both the court-appointed psychiatrist and Mother Superior is what Tom found as one of the things that most excited him leading up to rehearsals.

The story can be different in each production as character focus can jump around. Each of the three women can be perceived as the protagonist or the person to whose story is being told.

Tom said a difficult aspect of the performing the play was “the delving into the personalities of all the people involved.” Prior to the table read, the cast and crew took a week to discuss the scenes and identifying the meaning behind each one.