The Baker Orange • May 7, 2019 • https://thebakerorange.com/30078/opinion/glossier-markets-to-new-demographic/ 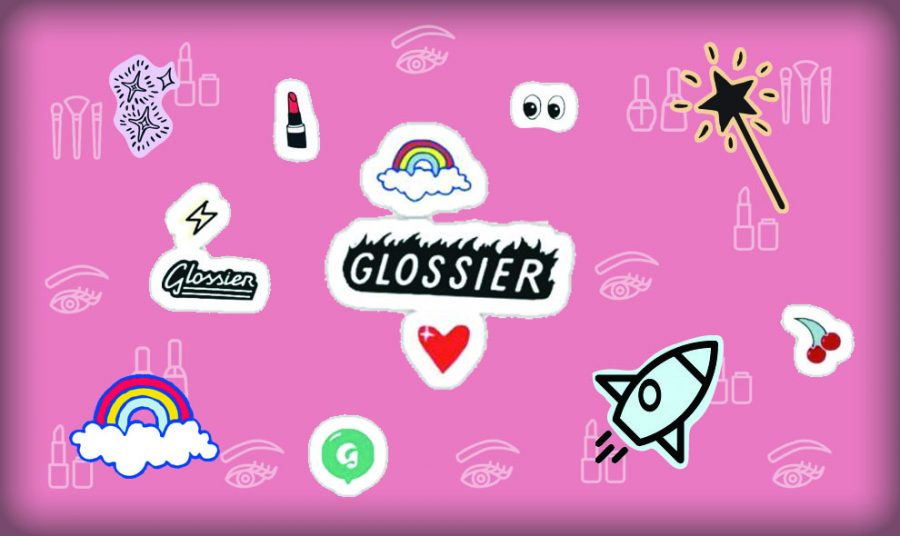 The New York-based beauty company Glossier has recently upgraded its status to unicorn: a privately owned start-up company that is valued over $1 billion.

On March 19, Glossier released a statement on their latest fundraising efforts, claiming they have raised $100 million from investors. According to The Wall Street Journal, the company is now valued at $1.2 billion.

What sets this direct-to-consumer cosmetics line apart from its competitors? Glossier’s combination of distinct branding, a unique mission and aesthetic packaging has been a refreshing change in mainstream cosmetic retailers, and has been met by praise and criticism alike.

In 2010, Glossier CEO Emily Weiss created a blog called “Into the Gloss,” where she interviewed women from Kim Kardashian to Bobby Brown about their makeup routines and favorite products. The blog caught the attention of many women seeking beauty advice, and soon a community was formed in which the subscribers swapped suggestions and support. This eventually inspired Weiss to create Glossier in 2014 in an effort to promote a line of products women were “actually seeking,” according to an interview with Weiss from Business Insider.

The mission of Glossier, according to Business Insider, is to help women feel more comfortable in their own skin. The products are meant to enhance their natural look, and not be a mask. Glossier’s look is easily identified through a few distinct features, the most prominent being dewy, luminous skin.

The Glossier website clearly acknowledges this, stating that perfectly primed skin is most important. Feathery, thick eyebrows, glossy lips and minimal makeup usage are other distinguishing factors of the brand.

As for the packaging, a Glossier trademark is their reusable millennial pink bag in which products are shipped. Each order comes with a set of playful stickers as well. Even the products themselves are the focus of many Instagram posts and Pinterest pins thanks to the simple and aesthetic packaging.

Each component of Glossier’s brand, from their wholesome message to distinct look and packaging, has effectively created a following, or borderline cult, that has immensely contributed to their success and unicorn status.

I never paid much attention to Glossier until I asked my older sister to dispense her beauty wisdom onto me last spring. She recommended I try a few of Glossier’s products, and I was relatively pleased with the quality.

Knowing their distinct look from advertisements, I figured Glossier would have a prominent social media presence and did extensive research on the company for an assignment.

At first look, I was very impressed by Glossier. I thought their mission of embracing natural beauty was admirable, as I too believe women should wear makeup if they want to and not because they must.

Glossier’s Instagram page also displays incredible diversity in their consumers, featuring women and men of different ages and races sporting Glossier products. I truly believed that Glossier followed through on their intent to celebrate individuality.

However, as I scrolled from one glowing, angelic face to another, I started to wonder who these beautiful people were. Glossier takes pride in straying from “Covergirls” or celebrity spokespersons, but as I looked at the accounts of many people posted on Glossier’s Instagram, almost all of them were models.

For me, this took away the authenticity of Glossier’s claims of being made for “real women.” Now, this is not to say that models are not real people too, but it seems hypocritical to preach the idea of being comfortable in your own skin when the faces that are used to advertise their products belong to people who are already exceptionally beautiful. It is probably not very hard to be satisfied with your appearance if you are already a 10.

My question is, how does this differentiate Glossier from any other makeup brand that utilizes models to market their products? If Glossier truly believes they want to create an effortless look for the ordinary woman, why must they rely on models to sell their products? Are Glossier products really meant to help me embrace my appearance, or do I have to be part of the stunning population?

Whether you are a fan of Glossier or not, it looks as though this Unicorn is here to stay for awhile. My hope is that the company will put some consideration into extending their diversity of poster children to people outside of the professional modeling world, and not solely relying on these models to advertise a product meant for everyone.