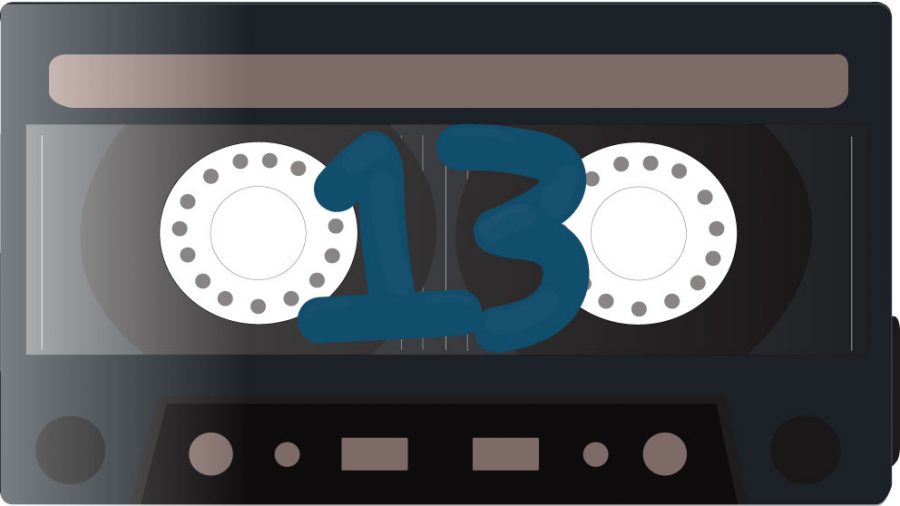 Suicide, sexual assault, abortion, and mental illness are large areas of discussion in present-day society. These triggering topics and more are large themes present in the Netflix show “13 Reasons Why.”

“13 Reasons Why” was originally a novel released by Jay Asher in 2007. The book became a commercial success, invoking much controversy by parents, school districts and more.

The novel covers the events following the suicide of a girl named Hannah. A classmate of Hannah’s finds a box of cassette tapes on his porch and soon finds that each of the 13 tapes are dedicated to a different person at the school. She blames each person as a partial reason to why she commits suicide.

The story of the first season is an adaptation of the original novel with the second and third seasons being entirely original material written for the show.

The first season premiered in March of 2017 and was met with generally positive reviews from viewers. It was applauded for it being a strong adaptation of the source material and for its performances.

On the review website “Rotten Tomatoes” the first season has a fresh score of 79 percent. The second season dropped to a rotten score of 25 percent, and the third season fell even further to a 6 percent critic approval rating.

What started as an in-depth narrative into mental illness and suicide awareness in season one quickly changed into a melodramatic, overly long murder mystery in season three. Season one led to an acting nomination at the Golden Globes for Katherine Langford for her performance as Hannah Baker.

The first season had large amounts of praise from many viewers. Along with the praise, there were many who took issue with how it chose to approach topics. The most prevalent of these issues being the graphic scene that depicts Hannah’s suicide. The writers of the show changed this scene from the novel. This scene went from her overdosing on pills to cutting both of her wrists.

On top of casual viewers finding issue with the show, it is also met with major concern from psychologists and parents due to it possibly contributing to the rise of youth suicides.

Dr. Robyn Long, associate professor of Psychology and a licensed psychologist, has strong opinions on the effects of the dramatization present in shows like “13 Reasons Why.”

Long thinks that “13 Reasons Why” comes off as deliberately emotionally manipulative to get a strong reaction from teenagers, as teenagers are quite impressionable.

“Popular culture addressing themes around mental illness can serve to destigmatize it and suicide ideations. It’s great to raise awareness,” Long said, “but they’ve clearly run out of ideas.”

Long believes that the negatives of the show outweigh the positives, specifically being the amount and type of attention given to the character of Hannah following her suicide. Long finds it irresponsible how the show choses to tackle the topics.

According to a study done by the National Institute of Mental Health in April 2017 youth suicide rates in the U.S increased by 28.9 percent. The study found that the number of suicides in youths aged 10 to 17 during that month was the highest it had been in five years.

Two years following the release of the first season Netflix chose to edit the graphic suicide scene present in the finale.

With National Suicide Prevention week in early September discussion around the show has increased with the release of the third season. The new season continues the conversation of original topics such as mental illness, sexual assault, rape, violence, and introduced new topics such as abortion, and illegal immigration.

Junior Jesse Gardner has mixed feelings about the show. While she appreciates that they shade light on real issues, she thinks that the show is not as effective as it could be.

“They could’ve gone on a better route in terms of bringing true awareness to the issues, rather than it being shock value and exploitation,” Gardner said.

Gardner cautions those who have experienced any of these issues or situations to avoid watching the show as it can be triggering.

The show has been renewed for a fourth and final season that will release sometime in 2020. The final season will follow the main cast as they go through their senior year of high school and face graduation.

Season one through three of “13 Reasons Why” is now streaming on Netflix.