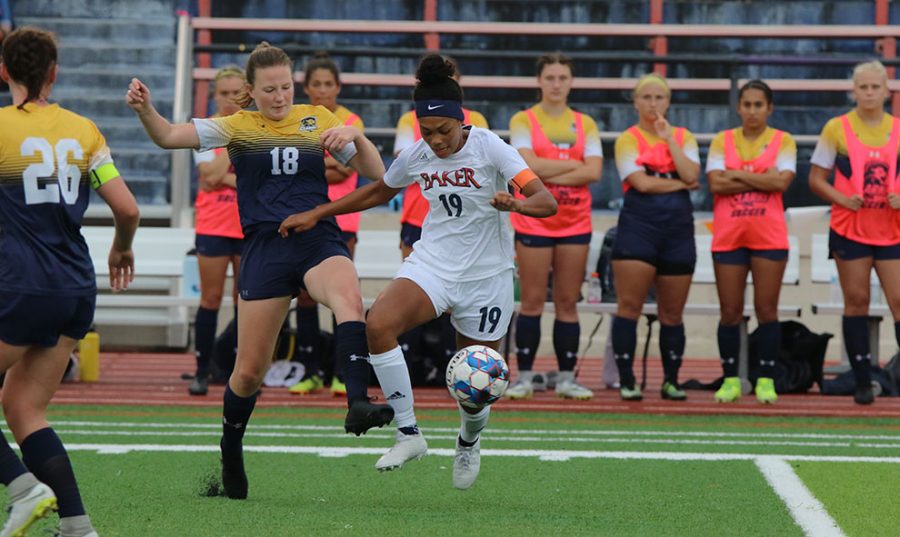 Strong defense was the theme for both women’s soccer teams as the Baker Wildcats hosted Clarke University Pride. Throughout the first half the Wildcats outshot the Pride 3-2, but both teams remained scoreless going into halftime.

The game remained scoreless until the 79th minute when the Wildcats scored on a goal by Anna Chieu, a freshman forward, to make the score 1-0. That one goal would be all the Wildcats needed to come away with the victory as the Wildcats held the Pride without any shots on goal during the second half.

The Wildcats have a 5-2 overall record, with a 1-1 record in Heart of America Conference play. The Wildcats will look to build on their conference when they travel to Missouri Valley College on Sept. 25, to take on the Vikings with a start time of 5 p.m.