The dangers of e-cigarettes and vapes 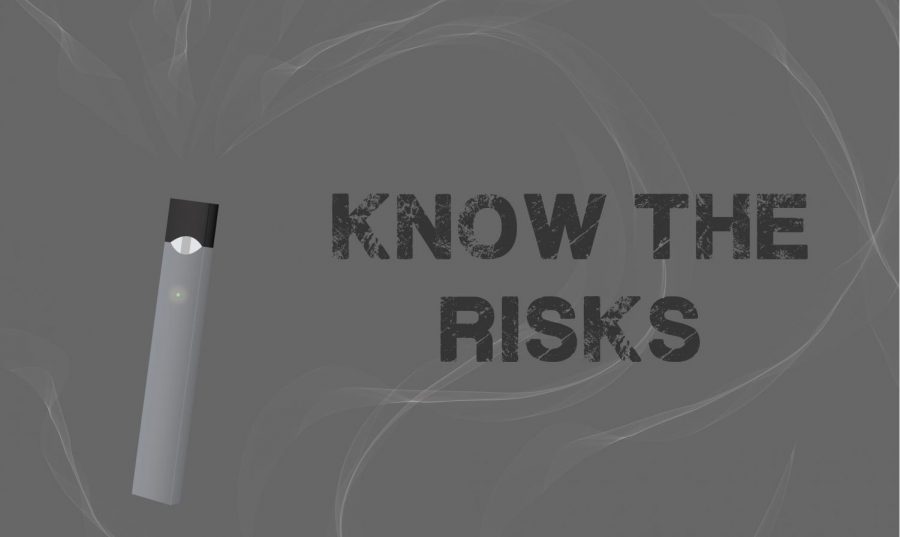 For college students, e-cigarettes and vapes have become common household items. It is normal to see plumes of smoke trailing behind people as they walk and for cars to be filled with the murky vapor. The different flavors and types of products were fun and exciting—until users’ lungs began to suffer the consequences.

According to the Centers for Disease Control and Prevention (CDC), there are currently over 530 lung injury cases and eight deaths in the United States related to e-cigarette and vape usage. The majority of those suffering serious injury are ages 18 to 34.

Vapes and e-cigarettes work in similar ways. Each product heats up a liquid so that it turns into an aerosol that can be inhaled into the lungs. Depending on the cartridge or liquid being added, the aerosol can contain nicotine, tetrahydrocannabinol (THC), cannabinoid oils (CBD) or other substances. Once inhaled, the vapor is then breathed back out into the open air.

The major problem that the CDC is trying to address is the direct cause of the illnesses. Investigations have proven that all of the patients with reported illnesses have a history of using vapes and e-cigarettes, but that is all that is known. There is no specific brand being targeted, nor is there a certain type of cartridge. There simply are not answers at the moment.

What the CDC does know is that cases of wet lung and popcorn lung are causing young Americans to go into respiratory failure and die. Wet lung is where the chemicals introduced to the lungs from vapes and e-cigarettes create inflammation, making it extremely difficult to breathe. Even the cartridges that are just flavored have the dangerous chemicals that can cause wet lung.

Popcorn lung is caused by the chemical diacetyl, which is the same chemical that companies use to create popcorn and caramel products’ butter flavorings. In the case of vapes and e-cigarettes, it is used to create a variety of flavors. When this chemical enters the lungs, it creates bronchiolitis obliterations, or holes in the lungs.

Both of these conditions can become severe enough to cause irreversible damage. There have been many vape and e-cigarette users who have decided that the risk is not worth it, choosing instead to quit altogether.

Social media and news outlets have been flooded with pictures and videos of users throwing their e-cigarettes and vapes away. Where they are being thrown is a different issue, as many have chosen to throw them into the ocean, off of cliffs or into the trees. However, the message is the same.

Federal and state governments have begun to take action against e-cigarettes and vapes as well. President Trump has taken action to begin the process of outlawing them altogether. Michigan, Washington D.C. and New York have all passed laws to ban flavored e-cigarette use and there is talk about the issue throughout the nation. The near future will likely hold a series of bans on e-cigarette and vape usage until the CDC can find the answers it is so desperately searching for.