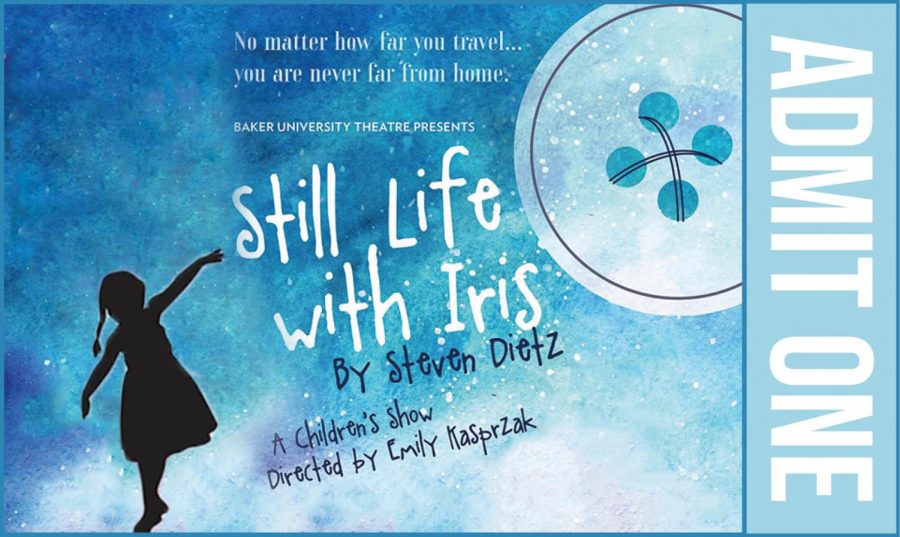 The Baker University Theatre department will begin showing “Still Life with Iris” by Steven Dietz the morning of Sept. 26 through Saturday Sept. 28 at 7:30 p.m. and on Sunday, Sept. 29 at 2 p.m. The play is the first youth theatre play to win the Kennedy Center’s Fund for New American Plays Award.

“I came across the script a while ago and have wanted to direct this show for years,” Assistant Professor of Theater Emily Kasprzak said, “I thought it was a really sweet show. It’s a children’s show with adult themes, so it’s one of the few shows out there that’s enjoyable for parents to watch as well as kids.”

The story of the play centers around a society in which everyone’s memories are sewn into their coats. The main character, Iris, is kidnapped and her coat is taken from her except for one button, which gives her an overwhelming feeling of her family. The play follows Iris in her journey of finding her family.

There will be a matinee performance tomorrow at 10:30am for 350 students from Baldwin City Intermediate School, Gardner Elementary and Edgerton Elementary students. The show is free to all audiences and has an hour run time.

“It’s going to be enjoyable for everyone, whether you’re an adult or a kid or somewhere in between,” Kasprzak said.