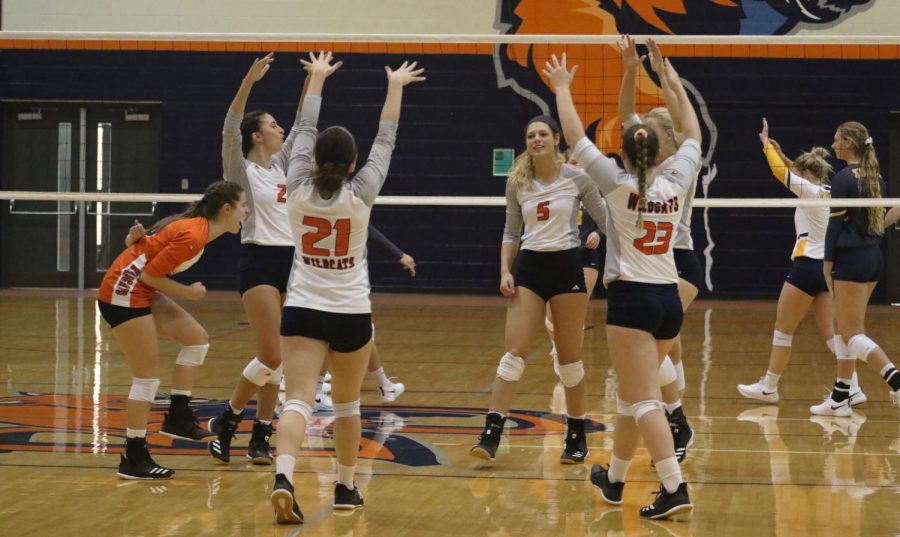 Baker celebrates a block by senior Makaila Garcia. The 'Cats record 11 block against William Penn University in a 3-0 sweep.

The Wildcat’s Volleyball team is approximately halfway through their season and their current overall record stands at 9-14 and 3-4 in Heart of America Conference play.

The Wildcats opened conference play against tough opponents in no. 17 ranked Central Methodist University and no. 7 ranked Grandview University. After dropping the opening conference games, the Wildcats got back on track by going on a three-game winning streak defeating William Penn University, Missouri Valley College and Culver-Stockton College.