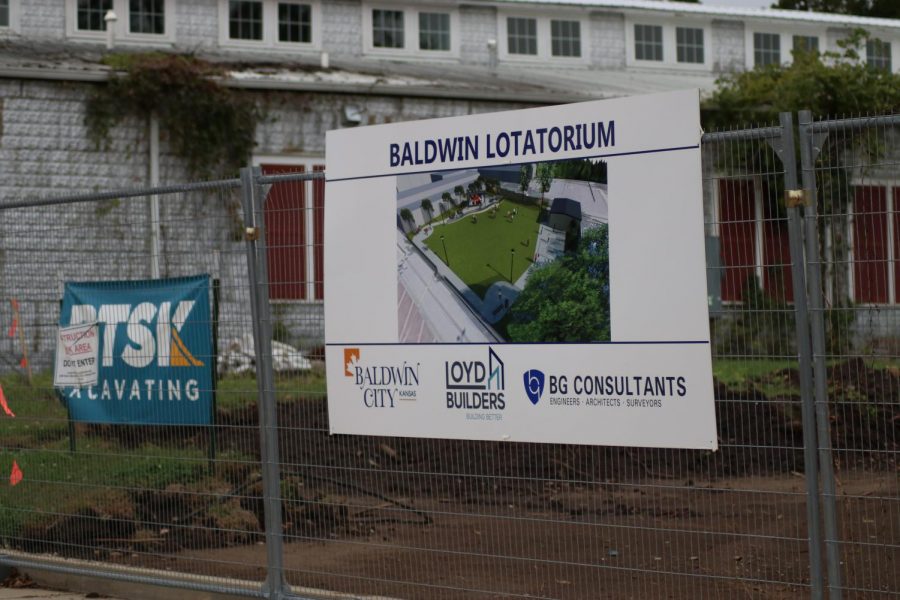 Baldwin City will soon have our very own Lotatorium. The Baldwin City community got to voice their opinions about what they would like to see within the lotatorium. There goal is to have it complete by the end of 2019.

Baldwin City will be developing the vacant lot on the 700 block of High Street, in between the Baldwin City Post Office and Lumberyard Art Center. The development, named the “Lotatorium”, will feature a variety of amenities for the citizens of Baldwin City to use.

Baldwin City Councilman and Chair of the Community Development Committee Brian Cramer said there has been interest in developing the vacant lot for the past 15 to 20 years, but in the last four years there has been an effort to develop a plan. The visioning process for the Lotatoium began in September 2018, with the goal of completing the project by the end of 2019.

“Before I became chair of the community development committee, they had gone through a couple plans and when I became chair,” Cramer said, “we decided to start a process with surveys, community vision meetings and a stakeholder meeting.”

Through the visioning process, the Baldwin City community was able to voice their opinions about what they would like to see in the Lotatorium. The top five requested amenities were, according to the Baldwin City Chamber of Commerce, a stage, public restrooms, green space, a movie screen and a pavilion. Minimal development of the space was also a priority to community members that were surveyed.

The city council bonded $450,000 as a base budget for the Lotatorium. A delayed bond payment of $220,000 was also used for the project’s budget, so the city had about $650,000-$700,000 to use for the project. An architect was hired to develop a plan that was supposed to fit within the city’s budget. But when the plan was out for bid, all of the bids came back well over budget. So, the plans were altered to accommodate budget limitations.

One alteration was made to the stage, which was altered to have a canopy, rather than a roof. The outdoor LCD movie screen was also changed to a projection screen in order to meet budget limits. The final plan for the project includes a stage, a splash pad, public restrooms, green space and a projection movie screen.

Loyd Builders, based out of Ottawa, Kan., was selected as the construction company for the project. The company has until May 2020 to complete the project, but the majority of the Lotatorium is expected to be completed in December 2019.

The Lotatorium will be used to host several Baldwin City events, such as, Maple Leaf Festival, Festival of Lights and Smoke on the Bricks. The space will also be able to be reserved for other community events. One of the goals of developing the Lotatorium is to promote downtown activities and encourage business growth in Baldwin City.

Baker University, sororities and fraternities and other student organizations will be able to use the Lotatorium to host the events, too. Director of Student Life Randy Flowers said the space has the potential to be used for pep rallies, movie nights, concerts and showing athletic events such as the Super Bowl.

“We are hoping that in creating a place that people can be downtown, they might go out to eat, come see an activity at the Lotatorium,” Cramer said, “and have more opportunities for arts, culture and entertainment downtown.”