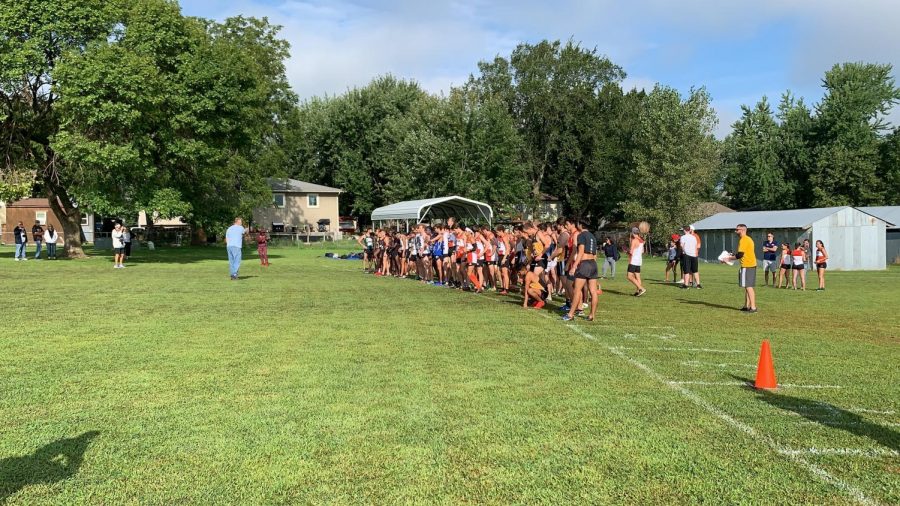 The Wildcat’s men’s team continued their successful season as the team took first place in the invitational. The Wildcats were led by Senior Greg Flores who took first with a time of 25:44.76. Jackson Caldwell, freshman, followed closely behind Flores with a time of 24:44.83 to take second place. Sophomore Jacob Cofer also finished in the top ten taking seventh place.

Junior Liam Barnsby finished in 15th place with Blake Nichols finishing right behind in 16th place. The Wildcats ended up with 41 points in first place ahead of University of Central Missouri following with 79 points in second place.

The Women’s team also had a successful morning in Fayette with a second-place team finish with five runners finishing in the top 15. Mia Wilhoit led the Wildcat runners taking fifth place with a time of 20:00.88. The next Baker runners came in a bunch with Janeane Hernandez, Emily Chambers, Sophy Tsabadze and Gracie Kopala finishing in 10,13, 14 and 15th place. The Wildcats finished in second behind the University of Central Missouri.

Finishing behind the Wildcats were conference opponents in Benedictine, Central Methodist, Graceland and Evangel.