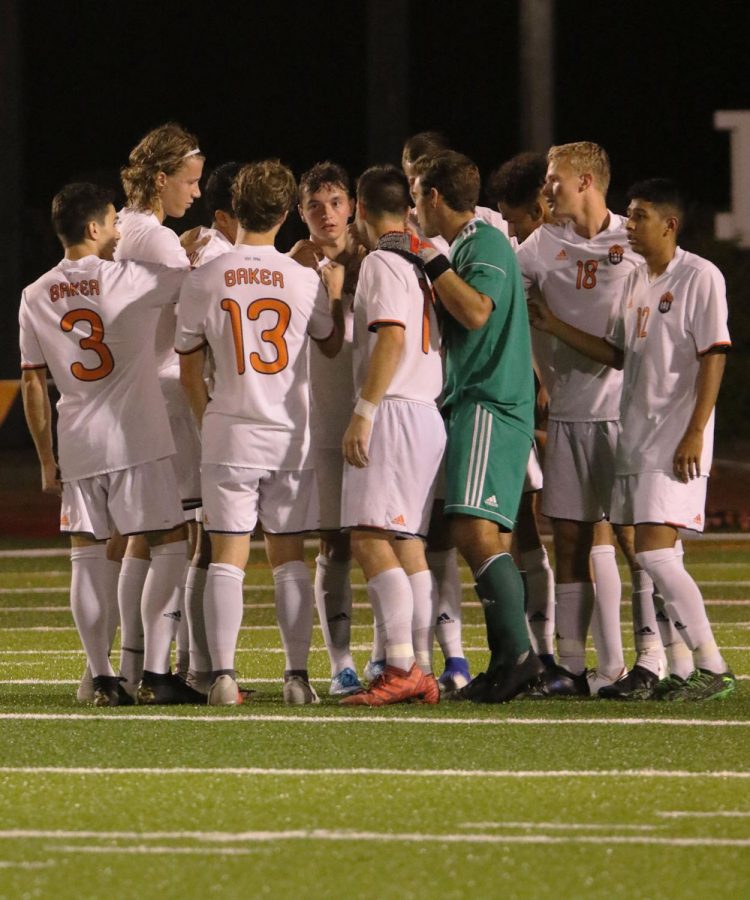 The Wildcats prepare for the second half with a lead of 6-0. A total of 11 different players scored with Senior Jordan Lake the only player to score two goals.

The no. 16 ranked Baker University men’s soccer team needed a strong performance against Benedictine College after two losses and a tie in conference play the past two weeks. The Wildcats did just that as they defeated the Ravens 6-1.

Steeve Pounga got the scoring going quick scoring for the Wildcats just seven minutes into the game off of an assist from Lucas Jacobs. The Ravens then tied the game in the 33rd minute of the contest capitalizing on a penalty kick due to a Wildcat foul. The Wildcats would score again in the half to take a 2-1 lead into halftime.

The Wildcats came out strong after halftime scoring just eight minutes into the second half off a goal by Luke Sutter to bring the score to 3-1. Just 20 seconds later the Wildcats added another goal making the score 4-1. The Wildcats kept the scoring going as the final score was 6-1 against rival school Benedictine College.

The Wildcats are currently ranked no. 5 in the conference with a 4-2-1 record in Heart of America play. Their next match up will be on the road at Culver-Stockton College on Oct. 16.