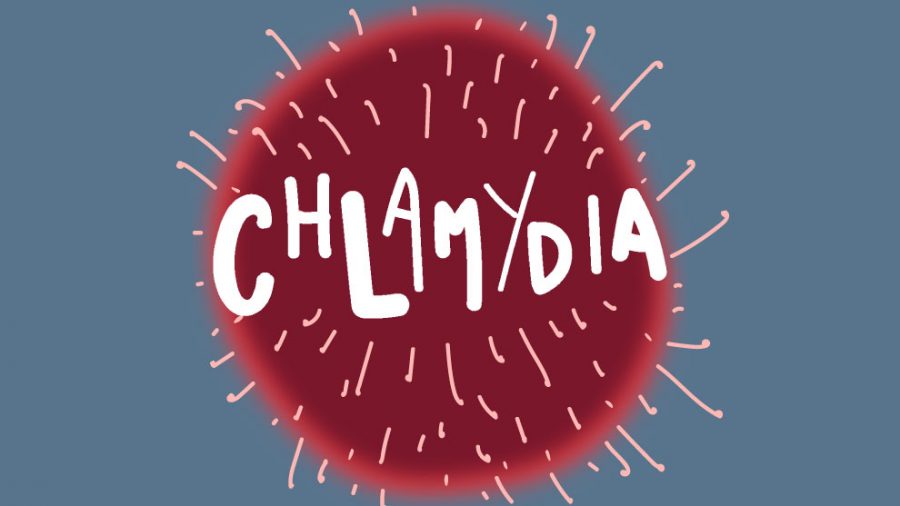 Sexually transmitted diseases (STDs) are shown to be at their highest in college-aged individuals. In the case of the commonly-known disease chlamydia, this is especially true. At Baker University in particular, there has been a significant rise in cases of chlamydia.

According to the Centers for Disease Control and Prevention (CDC), there were 1,069,111 reported chlamydia cases in 15-24-year-old individuals in 2017. The number of cases continues to rise each year, making STDs a national concern.

Baker University Junior Jamie Pellikan believes that sexual education programs do not do enough to bring awareness to STDs and how they occur.

“There are states where it doesn’t even need to be medically accurate and it can be taught in sex education courses—which is just mind blowing. People don’t know about protection. They don’t know anything about anything,” said Pellikan.

Baker University Junior Ethan Holland has similar opinions to Pellikan, explaining that this epidemic starts in the classroom and increasing awareness.

“I think that it’s a terrible thing that’s happening, but really it’s a case of stronger sex education and knowledge of STDs and how they’re transmitted,” Holland said.

Luckily, according to the CDC, chlamydia is easily treated with doctor-prescribed medications. However, these medications need to be taken in full. Medications are also not meant to be shared with other individuals. Using another individual’s chlamydia medication will not guarantee the removal of the disease. It is integral that a doctor is consulted for each individual case.

It is also possible for chlamydia to resurface after treatment has been completed. It is advised that those affected go in for a follow-up appointment three months after their initial diagnosis. It is also important to note that sexual activity is not safe until seven days after medication is complete.

While the steps to remove chlamydia are important, so is prevention. The only sure-fire way to prevent STDs is abstinence. However, condoms can be effective when used correctly. Regular testing—especially when experiencing intimacy with new partners—is widely encouraged to prevent further damage.

Coordinator of Inclusion and Wellness Education Paul Ladipo sent an email to Baker University students regarding the dangers of chlamydia and what to look for with both prevention and treatment.

“Baker students need to be more mindful. They need to get themselves tested because a lot of people—especially college students—don’t test themselves that often,” Ladipo said.

University officials are attempting to get Lawrence Memorial Health representatives to come to campus and educate students on STDs and the factors surrounding them. There have also been various tableing events and workshops put on by both Ladipo and Dean of Students Cassy Bailey to help students gain the knowledge they are lacking.

While STDs are widely known, they are not widely understood. The basics of STDs and how to prevent them from affecting lifestyles has become extremely prevalent for college students.