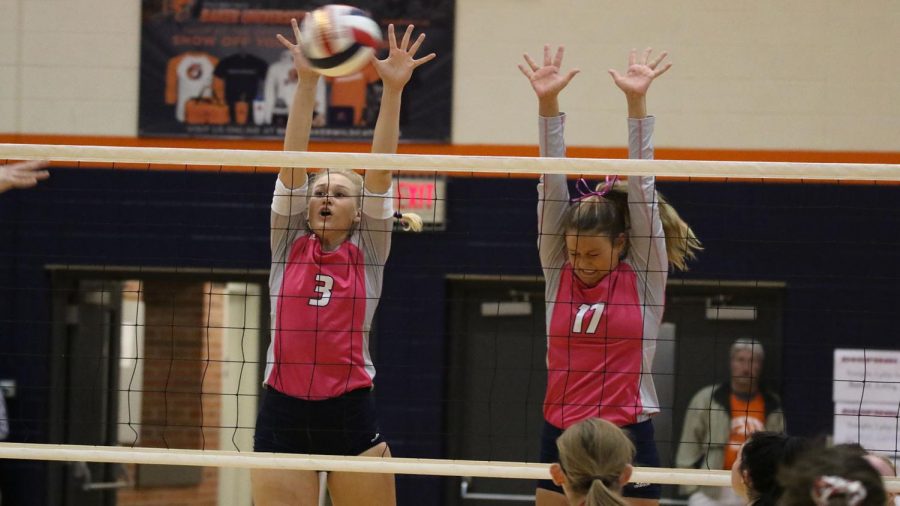 (Left) Freshman Savannah Nott and sophomore Claire Chapman attempt to block the kill by a Ravens player. The Wildcats drop the series 0-3 to Benedictine.

The Baker University Wildcats fell to the Benedictine College Ravens in three sets during Dig Pink Night on Tuesday evening in Collins Center.

The Ravens opened up the first set with a 9-4 lead and never looked back as they went on to win 25-14. The Wildcats came out with a lot of fight in the second set. The second set was a back and forth affair between the Wildcats and Ravens. The Wildcats held a 14-13 lead, but the Ravens then went on a run and won the set 25-23 without relinquishing the lead again.

Despite the strong effort against the Ravens, the Wildcats now fall to 5-10 in conference play. The Wildcats will face Evangel University on Fri. Oct. 25 as they celebrate senior night before traveling to Marshall, Mo. to take on Missouri Valley College in the last conference game of the season.