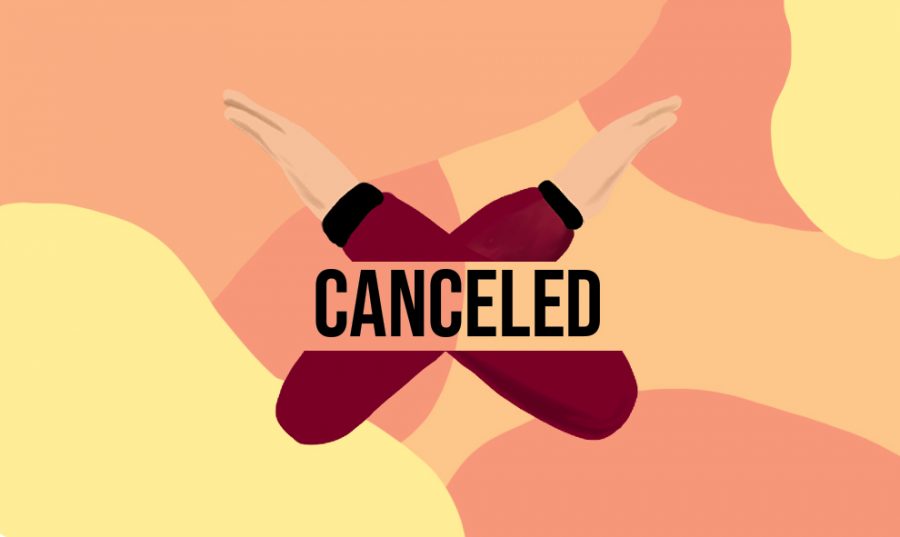 Cancel culture is a term that many are familiar with. It is a type of boycott where a celebrity has a questionable opinion or problematic behavior that is called out by those on social media.

Twitter constantly finds its trending page full of various hashtags calling for the cancellation of various celebrities and influencers. Despite celebrities being constantly “canceled,” it rarely lasts forever.

Many of these celebrities are uncovered to have said or done something negative in the past, such as in the case of Laura Lee.

In August 2018, Youtuber and beauty vlogger, Laura Lee, was discovered to have tweeted many racist and offensive terms from five years prior. This discovery then proceeded to tank Lee’s channel by a loss of nearly one million subscribers.

Even though Lee released a now-deleted apology video, many poked fun at the video for being ingenious and forced, prompting the creation of memes. The backlash of the video resulted in Lee losing more subscribers.

Despite being canceled, Laura Lee currently sits at nearly 4.5 million subscribers on her Youtube channel.

In 2016, a video surfaced online from 10 years prior of Star using racist and offensive slurs towards a group of apparent strangers.

Even after publicly apologizing multiple times for his actions, many were slow to forgive Star for what he said.

Sophomore Abby Richard is a fan of Jeffree Star and thinks “cancel culture” is a negative thing.

“People are judgmental and are quick to ruin someone’s career over one mistake,” Richard said.

Richard thinks that even though Star made mistakes in the past and apologized for them, people constantly try to bring it back up no matter what he does.

“He did things over 10 years ago that were big mistakes, and he has gone and learned from [the mistakes], but people will constantly try to bring them up and use them to cancel him in the present,” Richard said.

Star is among many others that have been faced with social media turning against them in an attempt to make them not famous anymore. Star currently has just over 16 million subscribers on Youtube, while Felix Kjellberg, also known as Pewdiepie, who has been canceled multiple times, currently sits at 101 million subscribers.

Pewdiepie faced major cancellation two separate times. The first being when Kjellberg posted a video on his channel, which contained many antisemitic jokes and gags, with two men holding up a sign that read “death to all jews.”

While Kjellberg publicly apologized for his mistake, many were not quick to forgive the Swedish youtuber. Kjellberg faced more controversy after the Christchurch Mosque shooting in March of 2019.

The shooter was live-streaming the events leading up to it, which included the shooter saying “Subscribe to Pewdiepie” before exiting the live stream and proceeding to kill 52 people.

Freshman Amy Kamtio believes that “cancel culture” can be both a positive and negative thing depending on the situation.

“People are fed up when social influencers act like fools. They are held to a higher standard because they are so looked up to, that their actions can spread,” Kamtio said.

Kamtio believes that although influencers and celebrities need to take responsibility for their actions it is not always fair for them to be “canceled.”

“Everyone makes mistakes, and you shouldn’t be condemned forever due to one or two mistakes,” Kamtio said. “But sometimes, in the case of R. Kelly, it [canceling] has to be done.”

Another recently canceled YouTuber is Trisha Paytas, who was recently on the receiving end of much backlash after posting a 15-minute video titled “I am transgender (female to male)” in which they claim to be a transgender man that identifies as their natural-born gender.

Many twitter users and youtubers alike were quick to criticize Paytas for their ignorance and misunderstanding regarding the trans community.

Freshman Adam Miles found a problem with Paytas’ video and comments that they made.

“Coming out is such a huge process and I do not think that Trisha did it in a good way,” Miles said.

“The big thing is that Trisha is seeing trans as only female to male or male to female, which is not the case. Trans just means that you do not identify with the sex assigned at birth,” Miles said.

While YouTubers and other celebrities will continue to say and do unsavory things, social influencer cancelation will unlikely always be permanent.