Is originality in Hollywood waning?: “The Grudge” reboot 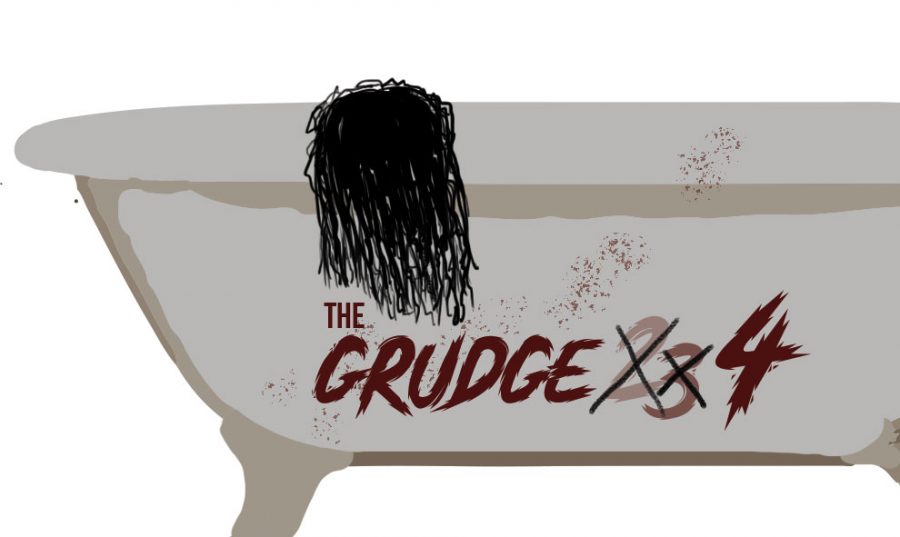 “The Grudge” is an upcoming American horror film written and directed by Nicolas Pesce. The film is the fourth installment in the American version of the franchise and will be set during the events of the first two.

The movie stars Andrea Riseborough, John Cho, Lin Shaye, Jack Weaver, Betty Gilpin and will be released into theatres on Jan. 3, 2020. The synopsis on IMDB currently reads, “A house is cursed by a vengeful ghost that dooms those who enter it with a violent death.”

The original “The Grudge” was released in 2004, starred Sarah Michelle Geller and was a remake of a Japanese movie from four years prior titled “Ju-On.” In itself, “Ju-On” has become a successful franchise on its own, spawning many sequels and now four American remakes.

The official trailer for the film was released on Oct. 23 and was met with mixed reactions from critics and movie fans.

While many fans praised the film for having a stronger trailer than initially expected, many others heavily criticized the trailer for appearing “bland” “not scary” and “formulaic.” The conversation behind the validity and quality of movie remakes restarted after the release of the trailer for “Black Christmas” which is the second remake of a slasher flick from the 70s.

Sophomore Mia Wilhoit was underwhelmed by the trailer for revealing too much of the action of the film and not giving enough back story. Wilhoit sees “The Grudge” as a cliché of horror movies as she sees it as following the same formula with the same themes, unoriginal plots and endings.

“The Grudge” trailer has sparked the ongoing conversation of whether or not Hollywood should continue remaking and rebooting old content for a new audience, rather than coming up with something 100 percent original.

Wilhoit is disappointed due to her thinking that Hollywood is becoming more unoriginal, especially with horror films.

“I cannot remember the last original movie that I have seen,” Wilhoit said. “To improve film quality, (Hollywood should) tell a story that connects with the audience.”

Sophomore Ty Packard agrees with the sentiment that the originality in Hollywood is waning.

“The continuation of making remakes of movies does get drawn out, especially now that the original stories are not as prevalent anymore,” Packard said.

The other side of the argument falls upon those who welcome movie reboots/remakes and see no problem if Hollywood reuses already popular material.

Junior Olivia Morris is not a fan of scary movies but was impressed by the difference between the trailer for “The Grudge” and other horror trailers. Morris does not think that the movie should be getting criticism for being a reboot/remake of an old concept.

“I think that the ideas are original because many of the remakes are not as comparable and have different story lines than the movies they are based on,” Morris said.