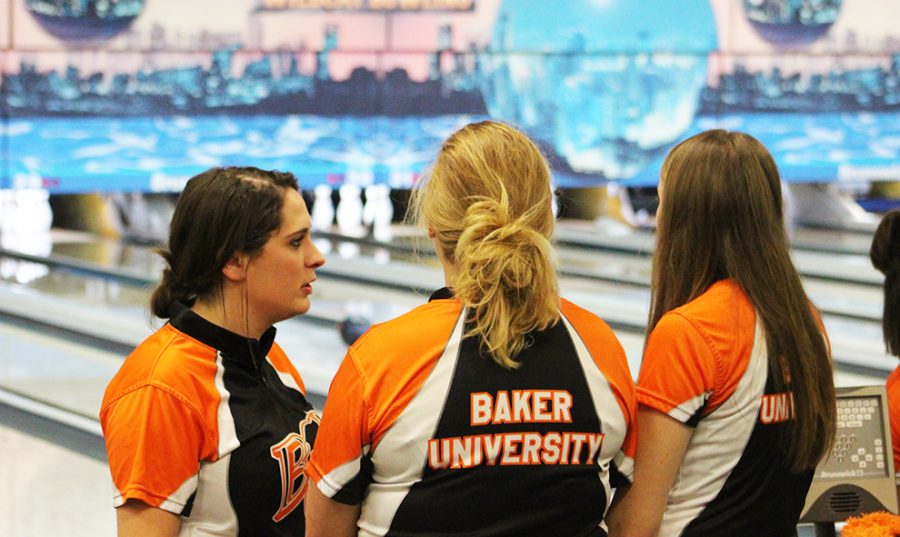 On the weekend of Oct. 12 and 13 the bowling team traveled to Fort Worth, Texas to compete in the SWIBC I and II. On day one of the SWIBC the men’ team took third place out of 15 after scoring 6,835 as a team behind nationally recognized teams such as Wichita State and Newman University. The men would go on to add 2,169 more points by the end of the day after playing 12 Baker games to end the day with a score of 4,666.

The women’s team also posted impressive numbers as they also placed in third out of 14 teams. The women finished with an overall total of 6,322 to finish behind Wichita State and Sam Houston State. Leading the day for the women on day two was Megan Carpenter who posted an average of 204.71 to come away with first place. The second-place finisher posted an average of 190.71. Carpenter’s strong performance led the Wildcats to a third-place finish on day two, just behind national powerhouse, Wichita State, by 66 pins.

On day two of the SWIBC, the men placed in fourth led by Tyler Gromlovits. Gromlovits finished eighth overall, averaging 192.7.

After competing in Fort Worth, Texas, the Wildcats traveled again to Wichita, Kan. the next weekend to compete in Day One and Day Two of Mid States. The Wildcats would go up against some of the top programs in the country. Both teams posted successful results during Mid States.

Bowling will compete next in Lawrence, Kan. at the Jayhawk Classic today and tomorrow Nov. 4.