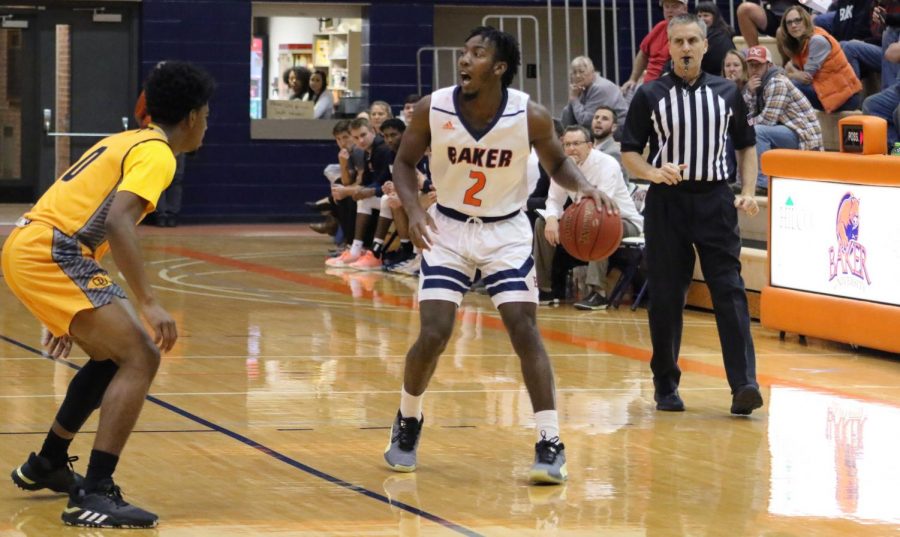 After coming off a loss to the Ottawa University Braves, the Baker University Wildcats got their first win of the season against Baptist Bible College.

The beginning of the first half was a back and forth affair as Patriots led 8-7, coming back from a 7-2 deficit to the Wildcats. The teams then traded points until Baker led 22-20. The Wildcats had a commanding lead until the Patriots bucked down and took an eight-point lead over the Wildcats. The Wildcats fought their way back before the half was over and went into halftime with the game tied at 42.

The second half was also a back and forth affair as neither team could take a commanding lead until the Wildcats settled in and led for the rest of the game. The Wildcats went on to win the game 80-74.