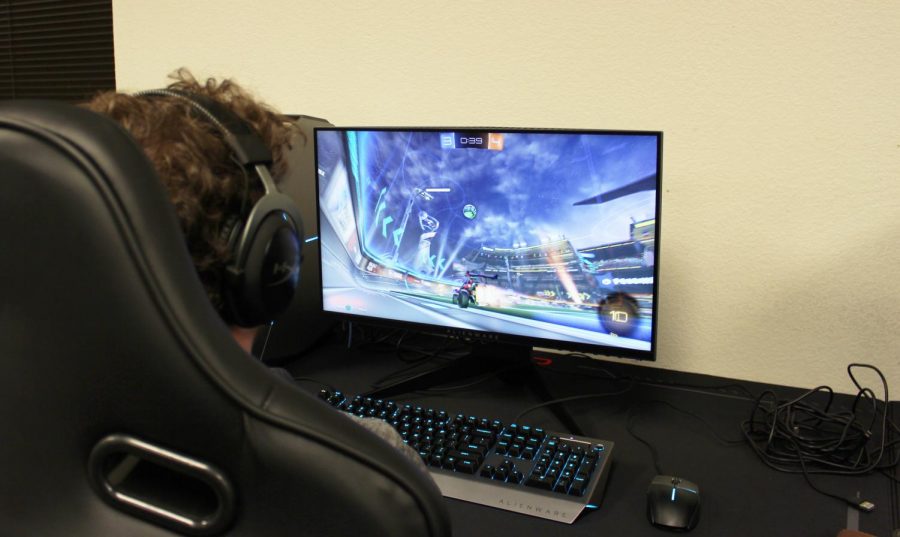 Esports is rapidly growing in popularity. According to CNN, 380 million people worldwide are watching Esports this year.

Additionally, by 2020, Esports broadcasts will be the second most popular sport for Americans to watch; second only to football.

CNN states that more than 50 colleges have varsity Esports programs, Baker being one of those.

Senior Mass Media major Andrew Dau said he has been a member of the Esports team since its formation.

“We’ve gotten a lot more focused since the beginning,” Dau said. “I think we wanted to do too much and play too many games, but we’ve streamlined what games we play and how we function as a team.”

Dau is the team captain for both Apex Legends and Overwatch. He said he has learned skills that he will be able to apply to other areas of his life.

“Being team captain of the Overwatch and Apex teams, I have learned a lot about managing groups of people and being open to collaboration and criticism,” he said.

Dau expressed that the Esports team has been a way for him to further explore his love of gaming.

“I’ve played video games my entire life,” he said, “and actually applying my skills towards the betterment of a team and my own merits are very fulfilling.”

As Esports popularity grows, Coach Toby Ebel said he is looking to expand the team and recruit new students. He wants to recruit students who are already gamers, or who have interests in mass media or computer science.

“I know we would eventually love to have 40 to 50 students on the roster,” Ebel said. “We are at a roster of 32 students this year and a lot of those are returning students.”

Just like with traditional sports, players on the Esports team need to be proficient in the game they wish to specialize in or be passionate and willing to learn.

“We are looking for the high-quality high-level player,” he said, “but we are also looking for other opportunities as well for people who enjoy video games and it’s a strong hobby for them.”

Ebel said there are many ways for students to be a part of the Esports team, including servicing the computers and creating the broadcasts.

“We will consider anyone who is interested and is going to help our team in some facet,” he said.

Ebel said it can be difficult for the average student to obtain an athletic scholarship, so Esports can be a gateway to an education for many students.

“There are people in high school right now who would love to get this kind of scholarship similar to what a football player or basketball player would get,” he said, “but they don’t have those traditional sports skills.”

Ebel said the team has many lofty goals for the future and hopes to achieve them so the program can continue to provide opportunities for student gamers.

“If we can turn it into a better education for some, or an education at all, we want to do that,” he said. “Everybody is playing these games, so it makes sense that we would support that interest.”