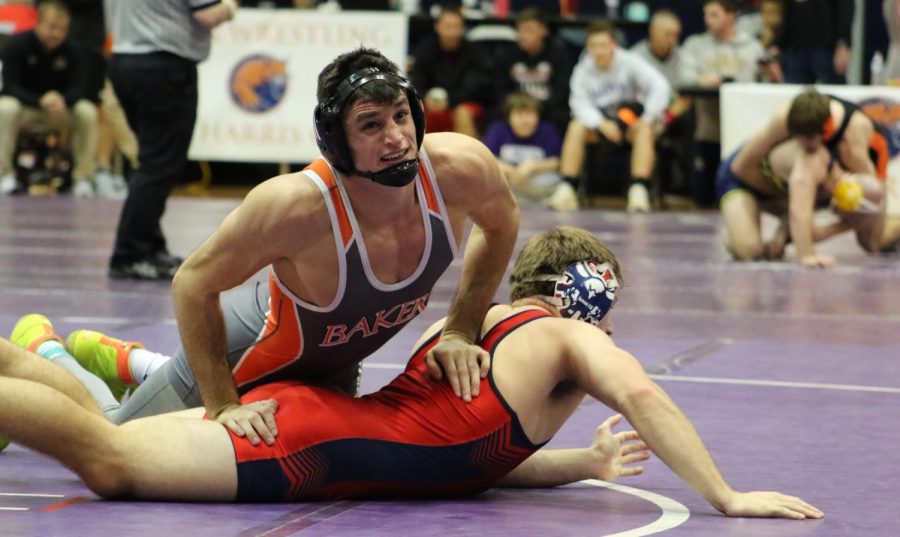 After putting in a lot of hard work throughout the off season, the Baker University Wildcat wrestling team opened up their season at the Dan Harris Open held at Baker University in the Collins Center.

The Wildcats went into the meet ranked no. 8 in the nation and lived up to expectations as they had seven first-place finishers.

Fellow Wildcats Dominick Arrellano and Emmanuel Browne made it to the championship match in the 125-pound weight class and double-forfeited and were crowned co-champions.

The 133-pound weight class championship also came down to two Wildcats, Austin Kolvek and Zane Baugh. The Wildcats chose to double-forfeit in this championship as well to be crowned co-champions.

The Wildcats overall record on the day was 39-12. After the successful start to the season, the Wildcats will travel to compete in the Bethany Open for the next competition on Nov. 16.