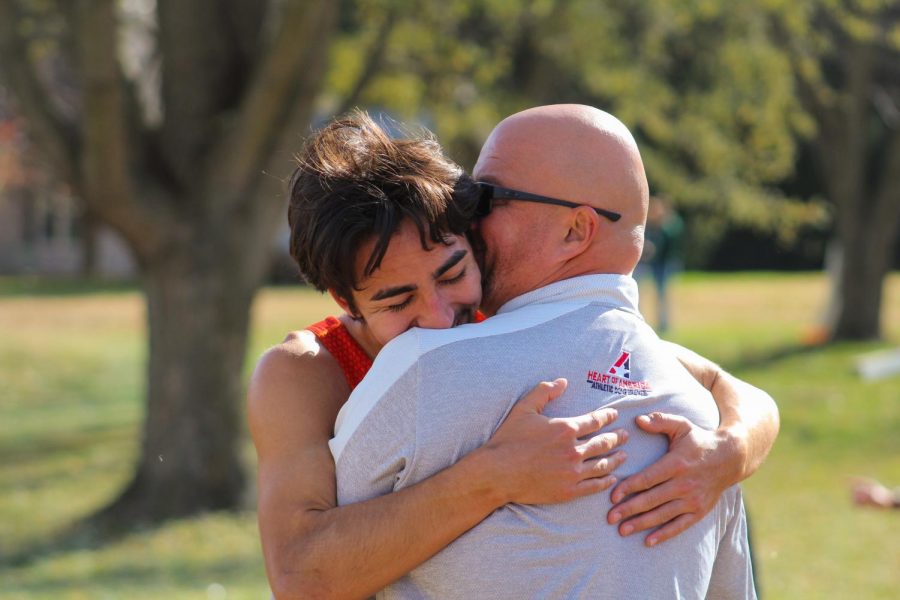 Senior Adam Preston embraces coach Tim Byers after his 12th place finish. Preston left it all on the course and finished fourth on the team, earning him a spot on the men's national squad of seven runners.

The Wildcats were led by Greg Flores as he finished third place overall. Jackson Caldwell, Jacob Cofer and Adam Preston followed Flores as they placed fifth, ninth and twelfth respectively.

Liam Barnsby, Drew Cook and Tyler Walker finished in a pack at 20th, 21st and 22nd.

Overall, Greg Flores had a very successful season as he was named the Heart of America Conference Runner of the Week five times throughout the season.

The women were led by Mia Wilhoit who finished in third place overall. Janeane Hernandez, Emily Chambers and Sophy Tsabadze were also the top runners for the Wildcats finishing in seventh, 12th and 13th place overall.

Both the men’s and women’s teams lived up to expectations this season as they were picked to finish first and third in the conference, respectively.

The championships will start on Nov. 22 in Fort Vancouver, WA.