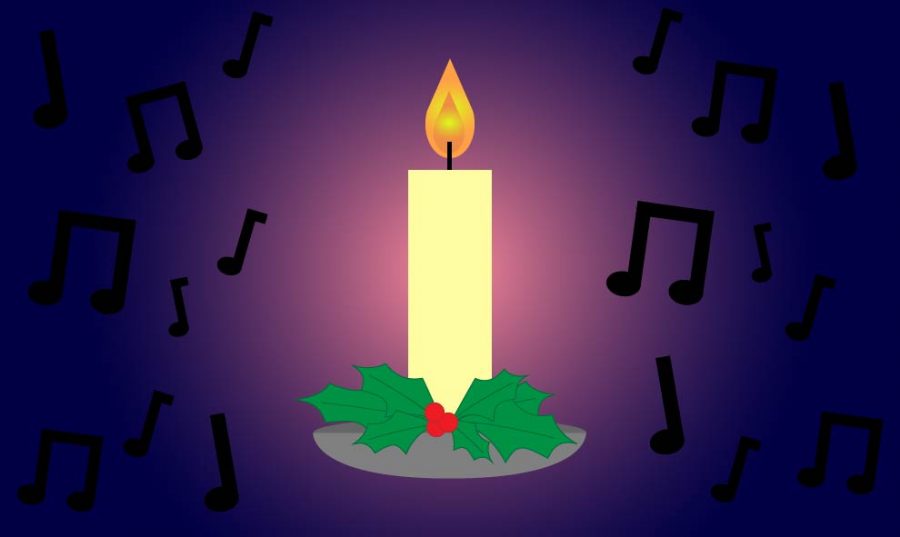 The 89th annual Candlelight Vespers performance will take place on December 8 at 2 p.m. and 5 p.m. in Rice Auditorium. This event serves as the introduction to the holiday season and sees the Baker University music and theater department come together to put on the event. Admission to this event is free and is open to the public.

“This is our gift to the community for the holiday season and in the past it has been various things, from a lesson and carols to a pop version of Christmas carols,” Director of Choral Activities Ryan Olsen said.

Olsen said at this year’s Vespers concert there will be a combination of traditional and modern Christmas carols so there will be “traditional carols that everyone will recognize and a couple new musical challenges for the choir and hopefully a few unexpected treats as well.”

The concert will feature performances from the treble choir, the concert choir, the chamber singers and Baker University’s orchestra. Trilla Lyerla, professor of music, said the choirs have been preparing for the Vespers concert since the conclusion of their fall concert and tour.

The program lasts around an hour and each choir will perform three or four songs. Because of the mixture of traditional and modern carols, Olsen said there should be a song that everyone knows. The brass ensemble will also perform Christmas music in the lobby of Rice Auditorium before the Vespers concert begins.

In past years, the Vespers program had been followed by a reception, but this year there will be a Christmas tree lighting ceremony held instead.

Olsen said that this is the best attended choir event of the year and the afternoon performance usually fills the auditorium. A livestream of the 2 p.m. performance will also be available.