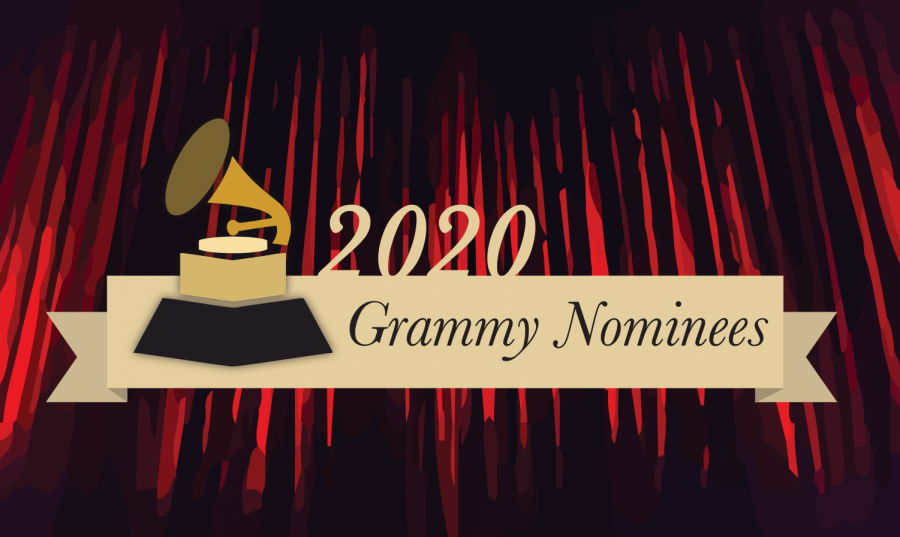 On Wednesday Nov. 20, the 2020 Grammy Nominations were announced to the public. The 62 Grammy Awards is scheduled to air on Jan. 26, 2020. It will be hosted by Alicia Keys for the second year in a row.

This Grammy telecast will be the first under the leadership of the first female president of the Recording Academy, Deborah Dugan.

Lizzo leads the pack with eight nominations, including Record of the year, Album of the year, Song of the year, and best new artist. Following behind Lizzo is both Billie Eilish and Lil Nas X, who earned six nominations each.

Those nominated for Album of the year, the most prestigious of all the accolades, include Bon Iver, Lana Del Rey, Billie Eilish, Ariana Grande, H.E.R, Lil Nas X, Lizzo and Vampire Weekend.

Despite releasing a well-received album in late Aug., Taylor Swift received a total of three nominations, going against the expectation of her album “Lover” getting nominated for Album of the year. Swift was nominated for best pop vocal album, best pop solo performance and song of the year.

Another aspect that fans found interesting, was that Lady Gaga received three more nominations for her work on “A Star is Born” soundtrack. Despite the film and soundtrack being released back in 2018 and the song “Shallow” receiving nominations, the release of Shallow and the rest of the album fell on either side of the cutoff date for the 2019 nominations.

Shallow was released as a single before the Oct. 1, 2018 cut-off with the whole album being unable to compete at the 2019 Grammy Awards. This resulted in Gaga being nominated for best compilation soundtrack, song of the year (“Always Remember Us This Way”), and best song written for visual media (“I’ll Never Love Again”).

A full list of nominations can be found here.