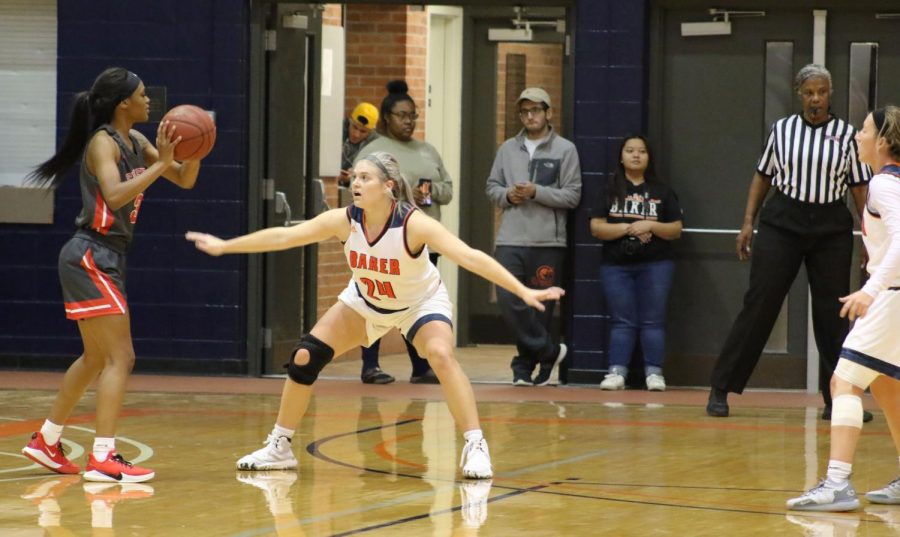 The Baker University Wildcat basketball teams traveled to Atchison, Kan. to take on the Benedictine College Ravens on Wed. Nov. 20. Both the men’s and women’s teams put up a good fight, but the Ravens eventually came out on top to take both games against the Wildcats.

The women were undefeated going into the game against the Ravens. But suffered their first loss of the season by a score of 68-53. The Wildcats were led by a strong performance from Jodi Adkins, as the senior scored 15 points, leading the Wildcats in scoring.

The game was close going into halftime. But coming out of the half, the Ravens outscored the Wildcats 22-12 in the third quarter.  The wildcats were not able to come back from the big hole as the final score was 68-53.

The Wildcats men’s team was led by Kobe Buffalomeat as he led all Wildcat scorers with 10 points. But the no. 9 ranked Benedictine Ravens proved too much to handle as the Wildcats fell 68-52.

The Ravens started the game on a 17-3 run and the Wildcats were never able to find their way back as the Ravens led the whole game.

The Ravens led 37-22 going into halftime and the Wildcats chipped away at the score as they cut the lead to 12 points coming out of the half. But that is the closest that the Wildcats would get as the Ravens started pulling away once again.

Both teams will be in action once again on Sat. Nov. 23 in Dubuque, IA against the Clarke University Pride in another Heart of America match up.