Men’s soccer advances to the national tournament’s second round 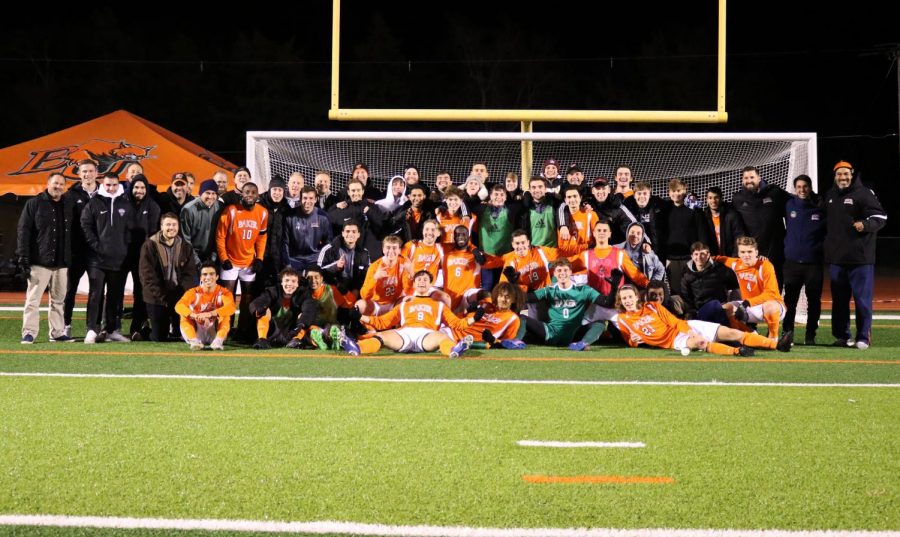 The Wildcats win their first two games to move to the round of 16 and travel to Irvine, Cal to play on Dec. 3 against no. 2 Columbia College. Alumni are in support for the Wildcats fifth trip in the past seven seasons.

The Baker University men’s soccer team used their home field advantage to advance to the Sweet Sixteen in Irvine, Calif.

The Wildcats were selected to be a host site in the opening round of the NAIA Mens Soccer Playoffs hosting Eastern Oregon University and Tennessee Wesleyan.

The Wildcats took on Eastern Oregon University on Fri. Nov. 22. The Wildcats defeated the Mountaineers 2-0 after both teams went into halftime scoreless. The Wildcats came out of the half and scored in the 47th minute off of a goal by Massimo Salvoni following a blocked shot by Jordan Alonge to put the Wildcats up 1-0.

The Wildcats held the lead going into half 1-0 with the goal coming from Luke Sutter. In the second half, Alonge gave the Wildcats a 2-0 lead off of an assist from Sutter. The Wildcats offense was on fire as they went on to score twice more with goals form Steeve Pouna and Lucas Jacobs to take the 4-0 win.

With the two wins, the Wildcats now move on to the Sweet Sixteen in Irvine, Calif. This marks the fifth time in seven years that the Wildcats have advanced to the second round.