“The Circle”: A review 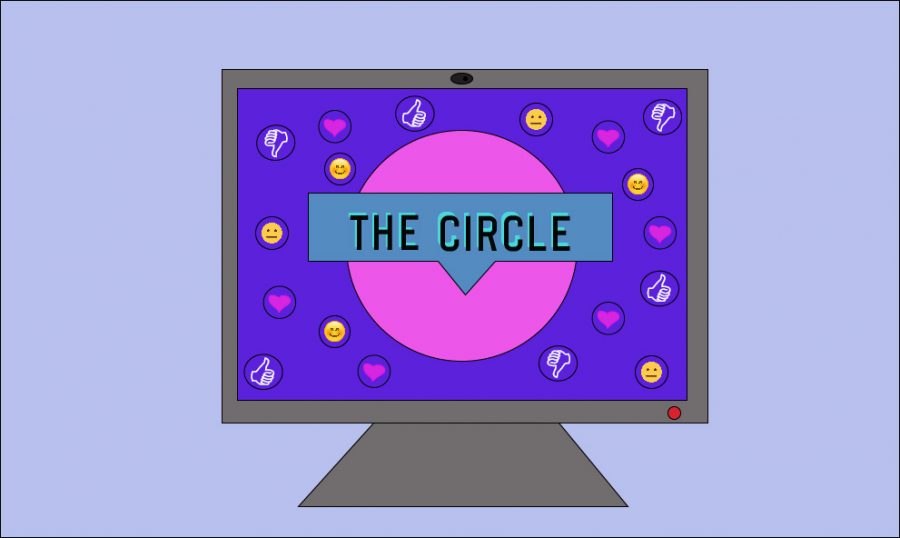 When I first heard about Netflix’s new game show called “The Circle,” my initial thought was that it was going to be another Netflix series that I’d see people tweet about, then never get around to watching myself. Once I heard that it was a reality competition show, I expected that it’d just be another trashy, drama-filled series that would make me unreasonably angry before the halfway mark.

But once I heard how the game was played, it became interesting enough for me to give the first episode a shot.

As premiered on Jan. 1, “The Circle” is a popularity-based competition inspired by the British reality show of the same name. The show follows eight players as they compete to build alliances with one another and participate in minigames to keep themselves from being voted out of “The Circle” competition and being blocked from the Circle app.

From there, it’s about what you’d expect from any other reality show: every round has somebody new getting voted out of the game, there’s drama between the players and whoever the last person standing is the winner.

But what makes this show stand out, is that every player has their own little apartment and none of them meet each other in person. The only way the contestants can talk to each other is through the Circle: a voice-activated app where players can upload pictures and send messages to any of the other contestants.

That’s it. Every friendship, every argument and every plan has to be done through a screen. While the audience has the benefit of being able to see and hear everybody as they really are, all of the players only have their profiles and private messages to go off of. Not only does this make it easier for players to manipulate the way they are perceived and hide their true intentions. It also introduces one of the most interesting parts about this show: catfishing.

At the start of the season, the audience is introduced to two players catfishing the rest of the competition: a middle-aged woman and a man both pretending to be young women. While all of the players are aware there’s the possibility that somebody isn’t who they say they are, nobody has any clue how many there are.

It’s absolutely amazing listening to everybody in their apartments theorizing about who the catfish is. It is simultaneously hilarious and nerve wracking, because sometimes they are painfully close to the truth and other times are far off the mark. It provides a great source of conflict and drama, as well as a couple of jokes from the narrator.

Even without the catfishing, “The Circle” has a wonderful and engaging cast. All of the players have such strong and unique personalities, which opens up the door for lots of interesting strategies and relationship dynamics. For example, Alana Duval is a professional model who wants to prove she’s about more than her appearance and wants to befriend everyone in the house. Meanwhile, you’ve got Shubham “Shooby” Goel who thinks social media is “the modern day bubonic plague” and wants to prove he can survive the Circle without having to be fake. Even though they are some of your usual suspects or, dare I say, “stereotypes” of reality tv contestants, it hardly ever becomes a problem.

All of the players are charming in their own way, whether you’re listening to them think aloud in their own apartment or watching them connect with each other. It’s disheartening to think about any one of them getting voted off or being discovered as a catfish because of how the group dynamic may be ruined, even if they never see each other.

But that is what makes “The Circle” work. It takes advantage of its social media premise and manages to be fun without ever getting up on a soap box. If you’re a nerd like me, then there’s some great talking points strung throughout the series about how people judge each other based on first impressions or how easily conversations can be misunderstood through text messages. Half of the drama on the show would not exist if people were allowed to actually talk to each other.

For the casual viewer, “The Circle” is a light-hearted reality show starring some likable people that are able to create drama without it feeling trashy or forced. It is fun to talk about with friends and is always available for you to watch on Netflix. I normally do not like reality tv shows and I had a blast with “The Circle.”

The first season of “The Circle” is out on Netflix. It’s 12 episodes long, with each being an hour. If you’ve been on the fence about giving it a try, I’d recommend at least watching the first episode.