Is Billie Eilish everything “we” wanted? 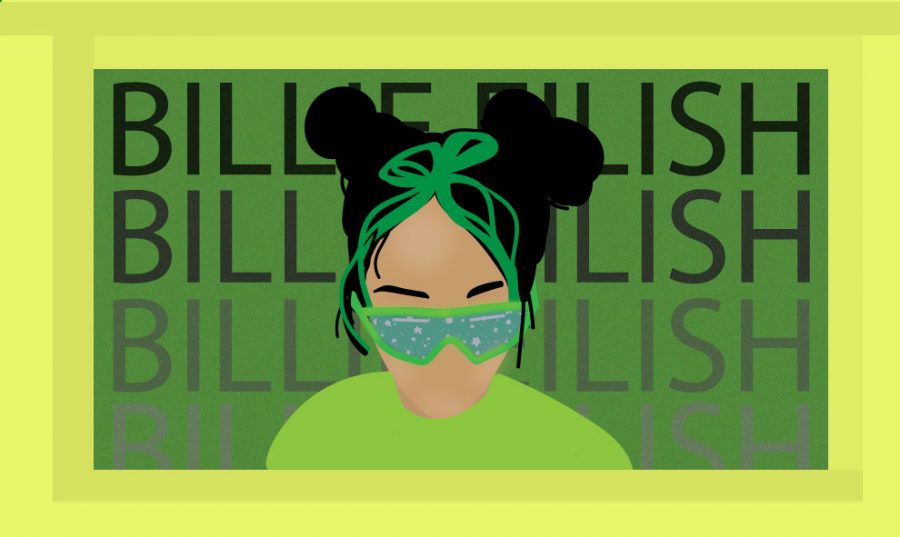 These are just a few singers that have been able to become household names in the music industry and it took years for celebrities likeWhitney Houston, Prince and Michael Jackson to gain worldwide recognition. A name that is beginning to appear more and more in the media is an artist called Billie Eilish. She is making a name for herself in the music industry, while still being unique from other celebrities because the fact that she is currently 18-years-old.

Her journey began when she was 14-years-old, when her first hit song, “Ocean Eyes,” was released. From that point on, she began releasing more popular music and to being a guest on TV shows seen all over the world. She also sold out a worldwide tour and has performed at some of the most recognized award shows.

One of her most recent performance was at the 62nd Annual Grammy Awards where she walked away with five of the six awards she was nominated for. She had a unique performance singing her song “When the Party’s Over.”

An avid fan of Eilish, sophomore Carolina Porto said, “I think her music choice was interesting. Choosing a song that is not considered her ‘hit’ made people see she is talented and made people also realize she is not just one kind of genre.”

Eilish was visibly emotional while performing at the Grammys.

Her immense success and popularity makes her a hit with people from all ages. However, that is not the case with freshman Libby Pirie who is not much of a fan.

“I find her music to be dark and creepy,” Pirie said.

Many believe Eilish’s sound is different from the popular “radio” music due to her mellow vibe. Her use of demonic voices and altering her own voice is what many fans find appealing about her music.

From someone who does not have an opinion on the artist, freshman Kysn Paepke said he “doesn’t understand what she is saying.”  Paepke suggested that the “mumbling” can lower the appeal to her music.

Many believe that Eilish’s popularity comes from her relatable lyrics or the calming sounds. “I think people like her songs because it is authentic… she talks about depression, suicidal thoughts and global warming which are not really common themes for songs and I believe a lot of people can relate to that” Porto said.

Whether somebody enjoys Eilish’s music or hates it, everybody is able to come to a consensus on her success. Eilish’s success at her age and where she has performed is an admirable feat. “It’s an impressive accomplishment at her age” Pirie said,

Eilish’s music is unique and hard to understand for some, but she has a growing, dedicated fanbase. Eilish performed during the “in memoriam” presentation at the 92nd Oscar Awards on Feb. 9.