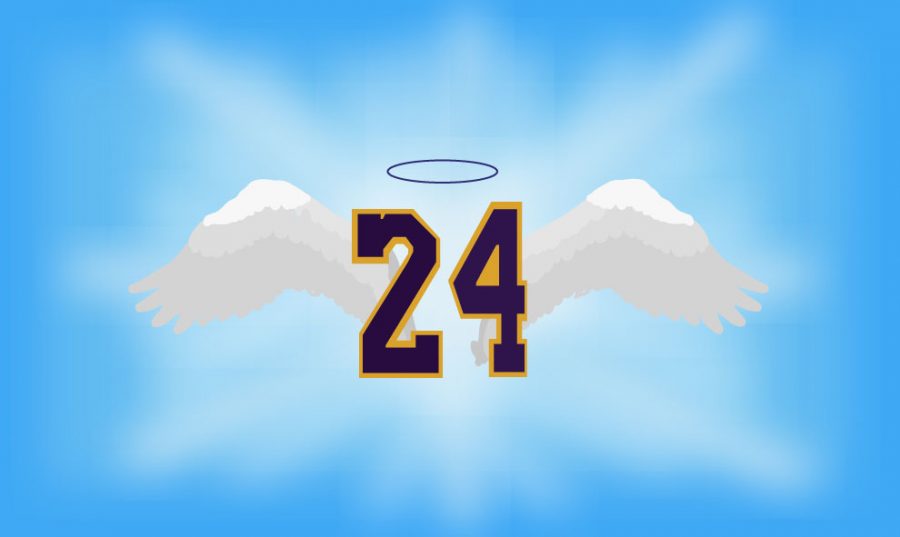 With a new year comes new twists and turns. 2020 had only just begun, but absolutely no one could prepare for the tragedy that would shake the nation. About a week and a half has passed since basketball legend Kobe Bryant died in a helicopter crash on Jan. 26. The 41-year-old was one of nine passengers on the helicopter, all whom passed away.

Alongside Bryant was his 13-year-old daughter Gianna “Gigi” Bryant. Gianna was a basketball prodigy who played on the top-tier team at the Mamba Sports Academy in which her father coached. She proved her father did not need a son to continue his legacy.

There were two more young girls on the team with Gianna that were traveling together. 13-year-old Alyssa Altobelli and her parents, 46-year-old Keri Altobelli and 56-year-old John Altobelli, were among the victims of the crash. John Altobelli was the long-time baseball coach of Orange Coast College in Costa Mesa, CA. 13-year-old Payton Chester and her mother, 45-year-old Sarah Chester, were also on the helicopter.

38-year-old Christina Mauser was the top assistant coach of the Mamba girls’ basketball team. She was traveling along with three of her players and their parents to a Mamba game in Thousand Oaks the morning of the accident.

Finally, 50-year-old Ara Zobayan was flying the helicopter that crashed. Zobayan was a well-established, known and trustworthy pilot. It is known that there was thick fog on the morning of the accident. Radar data indicated the helicopter climbed 2,300 feet and then began a left descending turn. It finally crashed into a hillside near Calabasas, CA and went up in flames. Investigators are still trying to discover what exactly went wrong.

Families and friends are now mourning the deaths of these nine victims. Tributes and kind words have been shared regarding each and every one of them. A viral video of Kobe and Gianna talking through plays together at a basketball game went from being a meme to a beautiful memory of a father and daughter.

Kobe Bryant went by the nickname “Black Mamba” after Africa’s deadliest snake. He had the “mamba mentality” and encouraged others to adopt it as well. Gianna was given the nickname “Mambacita” after her father.

“I love how Kobe competed and worked. He sparked the competitiveness in me and made me want to improve myself. He led by example,” junior Darian Lewis said.

Sophomore Kinly Grubb’s first pair of basketball shoes were bright green/teal Kobe’s. Grubb was in disbelief at the end of basketball practice when she found out her idol had passed away. She cherished how Kobe always played like it was his last game.

“You always think you’ll have tomorrow. Kobe never thought that way. He always left everything he had on the court for his team and for himself,” Grubb said.

Bryant was recognized as one of the greatest NBA stars of all time. He spent his entire 20-season NBA career with the Los Angeles Lakers. His talent, work ethic and leadership was shown throughout his career endlessly.

Wearing the jersey number eight and then switching to number 24, he left his legacy on and off the court. His life proved to be about more than just his own basketball career. Along with basketball, Bryant was also a philanthropist and he even created an Oscar winning short film called “Dear Basketball.”

Bryant worked in youth basketball and was a huge supporter of women’s basketball, like the WNBA. He supported his daughter Gianna’s love for the game and taught her his knowledge and skills.

He left behind three other daughters and his wife of 19 years, Vanessa Bryant. A few days after her husband’s and daughter’s deaths, Vanessa posted on Instagram thanking everybody for the support. It is difficult to imagine what all the families and friends who were affected are going through at this time.

Los Angeles Lakers star LeBron James recently broke Kobe’s personal shooting record, and Kobe congratulated him via Twitter just one day before his death. Though LeBron and Kobe competed against each other throughout their careers and were often compared, they were truly like brothers. LeBron has now made a goal to honor Kobe’s life.

Senior Michael Barnett had always loved basketball and sports in general. He was always an avid LeBron fan, but he grew up seeing Kobe play all the time. Barnett participated in the long time feud between Kobe and LeBron fans about which player was best. After the shocking news of Bryant’s death, he realized Bryant was much bigger than basketball.

“Kobe was going to do whatever it took to win,” Barnett said. “He rose to the occasion every time. He showed up and made his presence known, and he made his teammates better players and people.”

Fans watched Kobe from afar. Many of them never met him, yet his inspiration was unmatched.

“His death just gave me a broader sense of how delicate life is,” Barnett said. “You don’t have to meet somebody for them to have an effect on your life. I appreciate basketball even more now because of Kobe.”

A big part of the tragedy was how shocking and sudden it was. That Sunday morning, multiple sources took to social media to share the information they had or thought was accurate. Twitter was flooded with posts about Kobe.

News sources and even individuals were releasing wrong information, like all four of Kobe’s daughters were on the helicopter and that NBA retiree and actor Rick Fox was among the deceased. Families saw the news online before officials were given the chance to inform them. Later that day and in the days following, facts were confirmed.

A huge takeaway from the incident is that life is unexpected, and sometimes there is no way in telling which direction it will turn. What scares people so much is how young the victims were. One of the most famous athletes in the world was gone at age 41 in the blink of an eye. Children with such bright futures were taken before they could really experience life.

Sophomore Ashley Griffin has been playing basketball since the seventh grade and admires Kobe as an instrumental figure in the sport.

“The entire situation just places you back into a mindset that nobody is resistant to death,” Griffin said. “It will happen to everyone and all we can strive to do in life is create impacts on others just like Kobe has done.”

Despite this tragedy, Kobe Bryant’s legacy lives on. Kids will still be throwing trash into the trash can saying, “Kobe,” people will continue repping the numbers eight and 24, and athletes will strive to embody the “mamba mentality.”