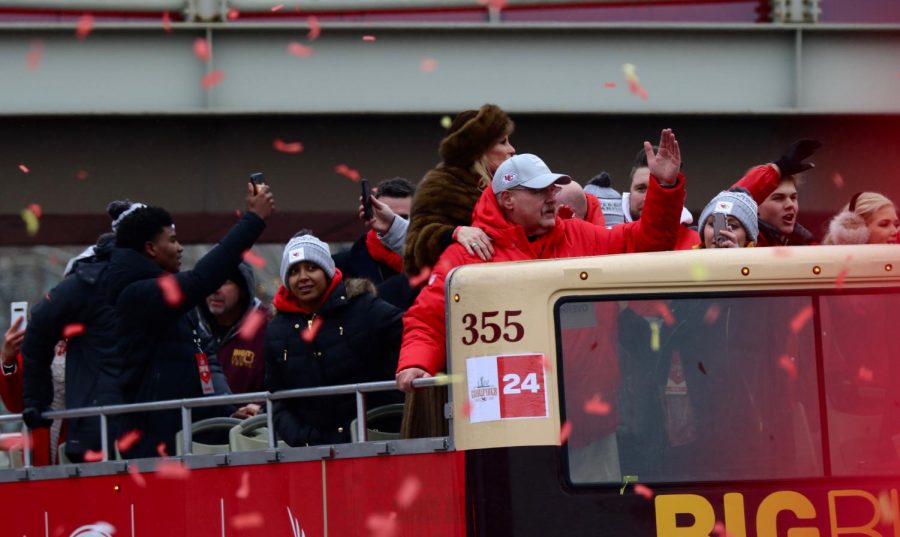 Head coach of the Kansas City Chiefs Andy Reid joins the crowd in the tomahawk chop. Reid and the Chiefs celebrate their second Super Bowl title and his first as head coach.

It was a chilly day in Kansas City, but over one million members of Chiefs Kingdom still flooded downtown. Super Bowl LIV champions, the Kansas City Chiefs were welcomed back to their city, a city that has waited 50 years for the Lombardi trophy to return. The center of the hype was located at Union Station where fans waited for players and coaches to arrive for a rally and speeches. Along the rest of the parade route fans watched as double-decker buses of the team and their families passed by.