The problem with “Riverdale” 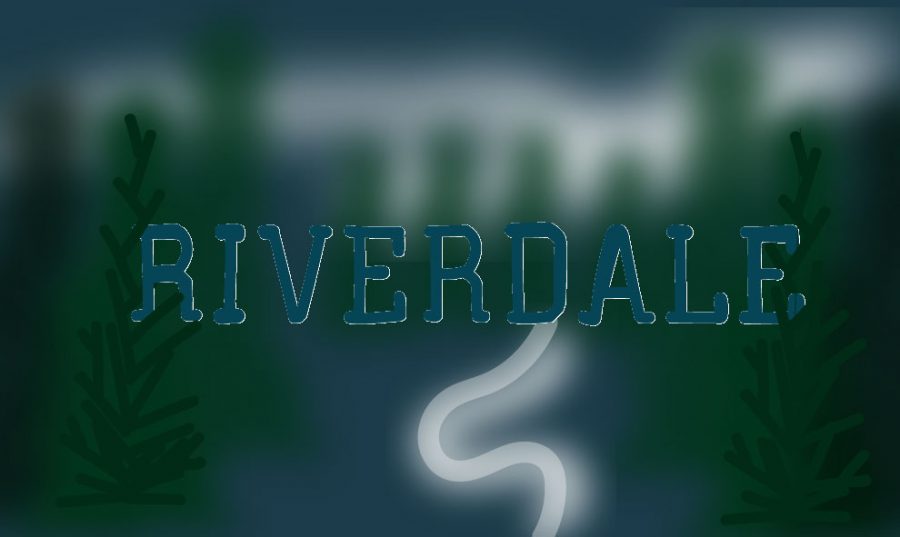 “Riverdale” is a teen drama series created by Roberto Aguirre-Sacasa for the CW channel. The show serves as a loose, darker adaptation of the popular “Archie” comics from the 1940s. The series features many of the famous characters from the comics. It stars KJ Apa, Lili Reinhart, Camila Mendes, Cole Sprouse, Casey Cott and Madelaine Petsch.

The main storyline revolves around a group of high school students navigating school, family and romance as they become entangled in the mysteries of their town, Riverdale.

While the first season of the show was entertaining and had a compelling murder mystery storyline, the seasons that followed, focused on over the top plot lines and teenage melodrama.

The first season had a decently concise story, with the script making sense majority of the time. I was a fan of the characters but took issue with some of the casting and the acting being over the top.

With majority of the main cast being written as 16 and 17-year-olds, it doesn’t seem very realistic when the actors who play them are in their mid-to-late twenties. Casey Cott, a 27-year-old, plays a 16-year-old named Kevin. Cott looks as if he could easily have kids and a full-time job. It is laughable how the show-runners expect audiences to accept Cott as a realistic teen. Cott is one of the stronger actors out of the main cast, but his age drastically takes away from the realism.

With them looking too old to play teenagers, a lot of the situations that they find themselves in, are completely ridiculous and not relatable. Some ridiculous plot lines include a teenager being a leader of a gang, the teenagers being smarter than the police, an underage student being involved with his teacher and how the parents of the main cast rarely parent their children.

“Riverdale” is a perfect example of sexism being present in a teen television program. It includes constant and continuous slow-motion shots of the scantily-clad female characters. Certain themes and topics that are meant to be liberating for the audience, often come off as misogynistic and in poor taste.

An example of this would be a scene from the second season. This scene follows Reinhart’s Betty as she must perform a pole dance to be initiated into a gang, the Southside Serpents. Betty’s dance is framed as liberating for the character, but the context and execution of the scene comes off as voyeuristic and not appropriate for the young and impressionable audience.

While the show may mean well, its execution fails at properly presenting important topics. A prime example of this is how the show tackles their LGBTQ+ characters and themes.

The characters of Kevin (Cott) and Cheryl (Petsch) are members of the LGBTQ+ community, but all three are sorely under characterized in their sexual exploration.

Kevin first started as the overused trope as the “gay best friend.” In the first season, Kevin was a very likable character, but was only memorable for his one-liners and contributed little to the overall story.

The second season included more with his sexual exploration, with Kevin being promoted to series regular. His overall contribution in the second season was a side plot centered on him hooking up with other gay teens in the forest. Besides this side-plot, Kevin rarely serves much to the plot rather than being used by other characters. He is criminally underused and a television series like “Riverdale” needs a strong gay character to connect better with their audience.

Another large issue with how “Riverdale” tackles LGBTQ+ themes and plot-lines, is Cheryl’s coming-out storyline and the conversion therapy plot. Cheryl’s sexual exploration focused more as a promotion for the film “Love, Simon,” directed by “Riverdale” Producer Greg Berlanti. The much-anticipated plotline for Cheryl was terribly executed and felt like promotion for a film, a film that was much better at handling themes of sexual exploration.

Cheryl is soon sent to conversion therapy by her mother, but this important topic was casually explored by the showrunners. The show fails to emphasize how big an issue conversion therapy still is today, instead focusing on melodrama and thrills. Conversion therapy is currently banned in only 20 states, as of this writing, and this misrepresentation is terrible oversight from a television show that has a young audience, with many of them being a part of the LGBTQ+ community.

While not as outwardly tone-deaf as other shows that cover “deep” topics, like “13 Reasons Why” and “Insatiable,” “Riverdale” serves best as a mind-numbing diversion. Rather than taking “Riverdale” seriously, its best to watch if there’s nothing else to watch.