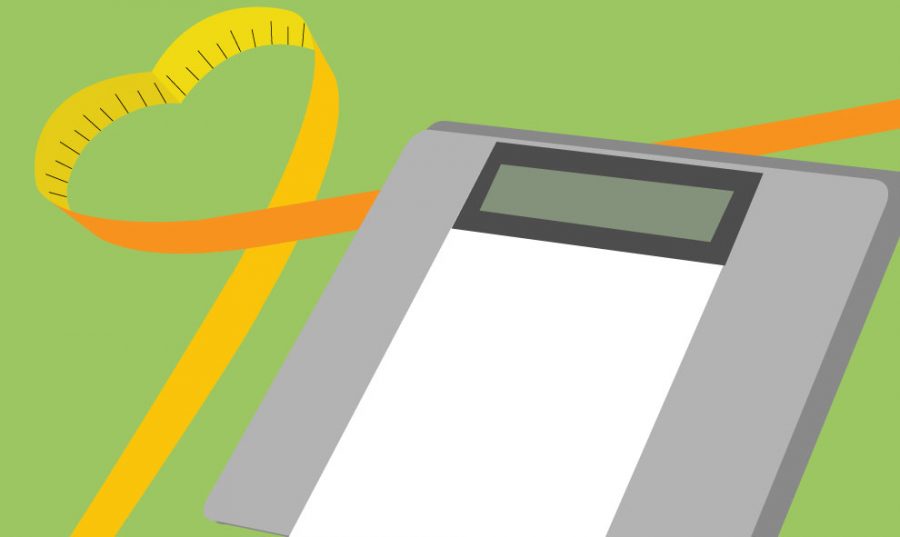 College is one of the most formative experiences in a person’s life, from living independently to figuring out possible career paths. However, increased stress levels and the pressure to be perfect can also make our undergrad years our most vulnerable. In light of last week being National Eating Disorder Week, I wanted to reflect on how this vulnerability makes college students especially prone to disordered eating and how we often overlook many symptoms of eating disorders.

The Freshman 15 – No Laughing Matter

The term “Freshman 15” refers to the amount of weight college freshman gain due to their newfound independence and lifestyle, i.e. late-night snacking, increased alcohol consumption, and lack of obligation imposed by mom and dad to eat your vegetables. However, according to the National Eating Disorders Association, freshmen gain between 2.5 to 3.5 pounds, on average. While this is significantly less than what the “Freshman 15” suggests, we still find ourselves joking about college weight gain during late-night trips to Pizza Shuttle.

What we are unaware of is how the slightest shift in weight can incite panic for those struggling with an eating disorder; one of the symptoms of anorexia nervosa is “an intense fear of gaining weight,” according to the Mayo Clinic. If a friend seems distressed about gaining five pounds after the past semester, we hardly acknowledge their concern, assuring them it is normal to gain weight. Our automatic response of dismissing weight gain as a big deal can cause us to overlook our friend’s reaction to the weight gain, which often alludes to eating disorders.

The Dangers of Calorie Counting

Weight loss is often made out to be a simple equation: burn more calories than you consume. Phone apps aid in this weight loss process by allowing a person to monitor their daily calorie count, while apps like MyFitnessPal are often used by athletes to enhance their performance via tracking their meal plan. Because of this, we do not think twice about our friend logging their calories at the dining table. However, calorie counting can become a restrictive and obsessive process when a person sets their maximum calorie intake too low.

Instead of judging food on its nutritional value, those with eating disorders will often deem low-fat items as “safe foods,” causing a person to limit their diet to those foods, according to ANRED: Anorexia Nervosa and Related Eating Disorders. Other food behaviors like the repetition of a certain meal, the refusal to eat a favorite dessert or high-calorie snack, a hesitancy towards eating out, and of course, the obsessive logging of calories before meals are warning signs of disordered eating.

Having the “Munchies” vs. Binge Eating

Late-night snacking is nothing out of the ordinary for the average college student. Bedtimes are often pushed back due to increased workloads, and the longer it has been since your last meal, the more likely you are to have a late-night snack.

Sometimes we mindlessly eat while studying and do not realize how much we have eaten until the entire bag of chips or sleeve of Oreos is gone. However, for those with binge eating disorder, eating large quantities of food is something they are very conscious of doing and will continue to do so even when they are not hungry. According to National Eating Disorders.Org, binge eating disorder can be characterized as recurrent episodes of eating large quantities of food, even to the point of discomfort, and a feeling of a loss of control during the binge.

So how can we tell if we or a friend have binge eating disorder or just a “case of the munchies”? Usually, we snack when we are hungry, and if we are not paying attention, we can mindlessly eat large amounts of food. In contrast, if a person routinely eats large amounts of food, and expresses a feeling of guilt or disgust afterward, this can signify a bigger underlying issue than having another snack-attack.

Time to Speak Up

According to the Eating Disorders Coalition, at least 30 million Americans suffer from an eating disorder in their lifetime, but only a third of people with an eating disorder ever receive treatment. I believe we have turned a blind eye to several symptoms of disordered eating because we simply brush it off as normal behavior, from calorie counting to late-night snacking.

By ignoring or denying symptoms in ourselves or our friends, these cases go undetected and thus untreated. Perhaps if we pull that friend aside and tell them we notice something is up, they would share what is really going on. Perhaps if we look for a deeper meaning behind the patterns, we could direct someone who is silently struggling with an eating disorder to receive help.