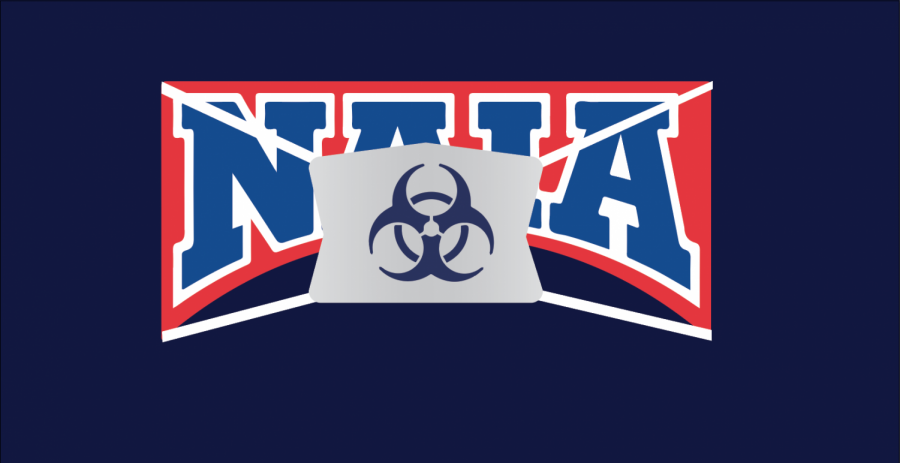 On the afternoon of  March 12 the Heart of America announced that effective immediately all winter championship events, and championships currently underway, are to be canceled. This affects many of the remaining spring sports’ seasons including bowling, softball, baseball, dance and track and field.

The national office of the NAIA said “the health and safety of our student-athletes, as well as all involved in our championship events, is the NAIA’s highest priority.” The organization will continue to monitor the latest COVID-19 developments to determine how future events, including all spring championships, will be handled.

The Baker University softball team was in the process of loading up vans to travel to the McPherson Tournament on the afternoon of March 12 when they were notified that the tournament was canceled.

When interviewed, sophomore pitcher and third-basemen, Skylar Gorrell, said “we heard that a lot of teams were dropping out of the tournament, but we stayed optimistic and I was really excited to go play one of the top teams in the nation,” Gorrell said. “But I don’t know where this leaves us for the rest of the season and it’s pretty unsettling to know everything we’ve been working for could be taken away.”

The Baker dance team settled in Davenport, Iowa on Wednesday night preparing for a weekend at the NAIA National Championship when they were sent back to Baldwin City Thursday afternoon.

Dance qualified for Nationals after claiming first place at the Midwest Regional Qualifier held on Feb. 28. The team was also planning to attend the Dance Team Union in Las Vegas during the first week of April. Dance Team Union, a non-NAIA sponsored event, has not yet canceled the event, but is currently monitoring the situation as circumstances change.

Sophomore Kinleigh Brecheisen was among the disappointed dancers. “Nationals was our last competition for NAIA so it was heartbreaking to know we aren’t able to finish it off,” Brecheisen said. “With that being said, we accomplished so much this season so we have nothing to do but be proud of ourselves and our team.”

The Baker bowling team was on their way to the USBC Sectionals in Dallas when the NAIA announced the cancellation of all tournaments. The buses turned around in Oklahoma and headed back to Baker after the announcement.

Amid all these changes, junior bowler, Megan Carpenter, is optimistic that this setback is in the best interest for the safety of the teams and players.

“We were really looking forward to bowling our postseason, especially nationals. We know this is for the safety of everyone and we plan to work hard this summer to come back even stronger next year,” Carpenter said.

Senior Courtney Rodgers is upset that she will miss out on the last semester that she is able to participate in bowling.

“I’m very upset with the postponement and cancellation of the NAIA nationals. Being a senior and this is my last year to bowl and knowing that we could have been national champs really stinks. I’m so proud of this team and the hard work we did though. I wouldn’t want to bowl my senior year with anyone else” Rodgers said.

Baker baseball was scheduled to travel to Missouri Valley College this upcoming week over spring break. But this scheduled competition was also a part of the suspended events announced the past few days. The team remains unsure of how the season will be impacted long-term in the wake of COVID-19. As of right now, the team is scheduled to resume season on April 5.

Junior track and field athlete Ethan Lind said, “I think the general thought is we’re all concerned about the late start on the season we will get, and not knowing what is really going on.”

On March 12, Baker’s COVID-19 Readiness Taskforce announced that after spring break students will resume classes online rather than in-person. Students are expected to return to campus on April 5 at noon and in-person instruction will start back up on April 6.

All athletic practices and competitions are canceled until April 5, resulting in the loss of practice time for many teams. Many athletes have been encouraged by coaches to complete workouts individually off-campus. However, organized team practices are prohibited during spring break and during the additional two weeks of e-learning.