Are video games the problem? 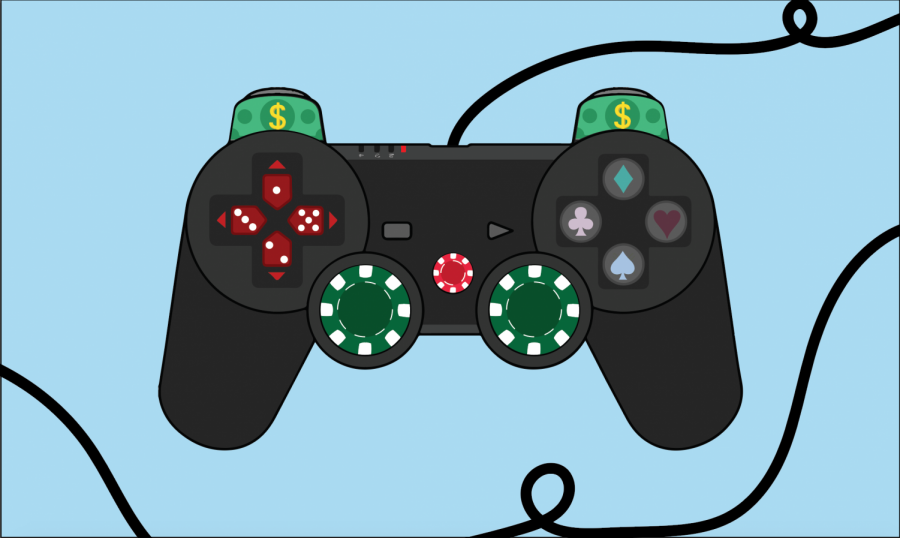 Anyone who has consistently prioritized playing video games over social, occupational, and school obligations may be suffering from a mental disorder according to the World Health Organization (WHO).

WHO included the new disease, named gaming disorder, in the 11th Revision of the International Classification of Diseases a manual used by medical professionals to develop treatment as well as insurance companies to see if treatment of a disease will be covered.

The disease, as defined by WHO, is “characterized by impaired control over gaming, increasing priority given to gaming over other activities to the extent that gaming takes precedence over other interests and daily activities, and continuation or escalation of gaming despite the occurrence of negative consequences.”

However, getting addicted to playing video games is not the only mental disorder people can develop.

The Federal Trade Commission (FTC) has also warned that games that feature micro-transactions which is defined as “a business model where users can purchase virtual items for small amounts of money.”

However, are these classifications and warnings justified or are they falling prey to the constant stigmatization of the video game industry?

For the real problem, we need to look in between these two to find the real situation with video game addictions.

To begin with, the full on classification of video game addictions as a separate disease and not a symptom of some other problem has caused its own controversy within the medical community with many believing there is not enough evidence to support the WHO’s classification.

In fact, the American Psychological Association has even refused to classify video game addiction as a separate and diagnosable condition. Instead they opted to list is has something that needs to be investigated further.

Therefore, the inconsistency within the medical community adds to the confusion over what can be classified as a gaming addiction and as such cannot be studied or managed to what the condition requires.

The WHO may have jumped the gun in full on disease classification, but some organizations like the FTC think that an addiction to video games and the introduction of micro-transactions will lead to an increased susceptibility to developing gambling problems.

Stating that the loot-box feature within games, a loot box being something a player can spend money on for the possibility of getting something of value or novelty within a game, are a form of gambling within itself. Some have even likened loot boxes to slot machines.

However, research does not support the assertion that problem gaming leads to problem gambling. What the research does suggest, however, is that both problems have similar risk factors and manifestations. Therefore, the problem does not lie with micro-transactions themselves, rather the way in which they are presented to players.

In fact, a survey conducted by Forbes found that 68.6 percent of gamers surveyed liked micro-transactions when they were for cosmetic purposes. Thus, there is a clear correlation between the implementation and the effect of these micro-transactions.

Moreover, micro-transactions are very profitable for gaming companies and many in the industry see them as a new necessity to keep game revenue coming in and ensuring that new content is coming out. In fact, in the last financial quarter Electronic Arts earned almost 1$ billion from the sales of micro-transactions.

They are not going anywhere since they are helping companies increase their profits. Therefore, we just need to change the way we interact with them. Rather than not knowing what a person is paying for, gamers need to know upfront what is being purchased so the feeling of risk that is often associated with gambling is removed.

In all honestly, I am far from an unbiased opinion in this debate as I am a player of video games and regularly recommend and promote the playing of them. But I think rather than this detracting from my argument, it adds to it as I have experienced the world of micro-transactions and loot boxes firsthand.

They are not inherently bad. And they should not be linked to any diseases without further investigation. But I think we should all be aware of what we are paying for and demand a little more transparency in the micro-transactions we make.